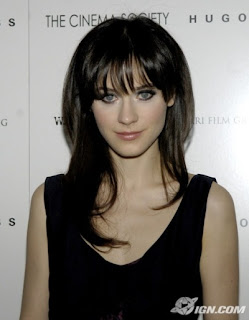 It’s weird what we remember, but I remember way back to probably the early months of 2007, and I joined a Facebook group called “I Heart Emily Deschanel.”
Brittany Kemp responded by raising the question:

So now 4.2 years later, I am finally giving her an answer.

I will begin Zooey Deschanel Week with an original poem.

QATFYG:
How's that for fu*king love?