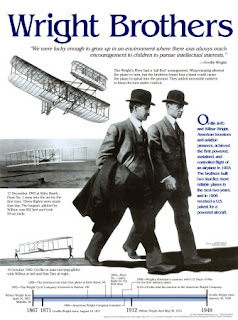 Hello and Welcome to Decade Week.

It was Steve Martin that stated in one his theatrical works that the 20th Century, beginning with January 1st, 1900 was the first time that the accomplishments of the artists and thinkers outweighed those of politicians and the military.
In fact, that is an understatement. The nuances of how the 1900’s Decade changed life in the world as we know it are as plethoral as blades of grass on Michael Landon's prairie.

1900's:
GOODBYE VICTORIAN ERA! HELLO TO PUTTING A FINGER IN THE GROUND AND TURNING THE WORLD UPSIDE DOWN!*
This was the first time when the Wright Brothers flew through the sky, and the idea of using aircraft for terror (or even the military) was nonexistent. Flight in the skies was simply a dream, and it was only reserved for Greek Mythological Figures. Furthermore, Packard's 1898 models of automobiles would be surpassed dramatically in the history books by the illustrious Henry Ford and his designs for the Model T beginning in 1907.
Thanks to the rising flames of the auto industry from this decade we have had all kinds of shows like “Top Gear,” “Car Talk,” and many jokes made about “Jay Leno” and his fatcat obsession. Such as....
Remember: Jay don't steal Conan's Show...just go back and play with your cars?
That is thanks to the 1900's. 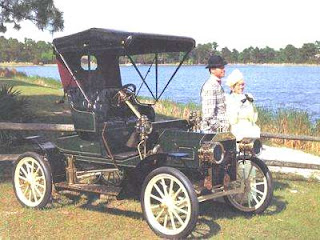 In 1900 we saw the birth of Aaron Copeland at the moments, and looking back contemporary and classical music suddenly seem like the same thing.

I cannot type the keys of my lovely Toshiba without thinking of the glories of 1906 Baseball where my beloved Chicago White Sox took the their first World Series crown. The famous No Hitters of Comiskey Park destroyed the delightful children from down the lane, known as the Chicago Cubs. 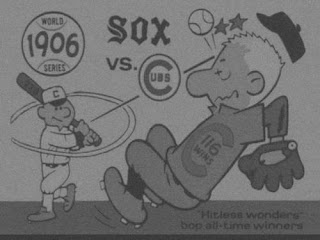 This was a time in life when baseball was a symbol of the American dream, and there was no NFL or certainly no WWE. Comic strips and cartoonists were the top humorists of the country, and the first movie with not only no voices, but no sound at all were in contemplation.

So Decade Week is just beginning. We are going to have posts from decades all across the board, and I'm going to be tossing around a few more things from the 1900's. Don't worry nothing is forgotten.