One Damn Moment from the 1930s 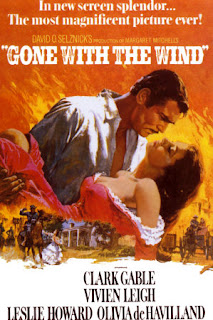 The year was 1939, and many lists and books on film history were greatly changed by “Gone with the Wind.”
It sold more tickets and made more money than any other film of its day, destroying the previous figures really.

AFI placed the Rhett Butler/Clark Cable “Frankly my dear, I don’t give a damn” as the number one greatest line in all of cinema (or some other award of that nature and similar phrasing).

If you haven’t seen “Gone with the Wind,” I will try not to ruin the ending. However, when I first saw it on the list as number one, I was shocked. It didn’t seem great or exceptional to me in anyway. I had the literal look on my face of a “SO WHAT” expression. It honestly meant nothing to me.

Then, one night earlier this year, I couldn’t get to sleep, and suddenly, I was metaphorically awakened by the gravity of it.

A man spends years and years chasing this woman, investing countless endeavors, only to obtain her…to have her, and to not only fall out of love with her, but to completely lose all interest and respect. As they said on “Desperate Housewives,” the opposite of love isn’t hate. It’s indifference.

That’s some tragic shit.
(Glad I'm not her.)
Maybe that's why everyone is so big on this.

I also had to realize that the only reason I never say any meaning in it earlier was because I'm used too used to being rejected (unless it's from black women on Facebook chat....that I do rather well).

Okay, this one can stay at number one.

QATFYG:
What is your favorite movie quote?
Most of mine are honestly from “Die Hard” One.

PS: There will be plenty more posts on the 1930s this week. More importantly, this kinda made me laugh. 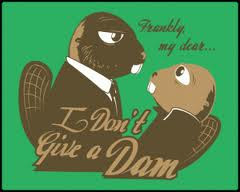