August 07, 2011
Online dating is a new way of life. I was recently talking to Ryan Scott Bennett, and he asked “Why don’t you just date people in real life?” or something to that effect.
BECAUSE PEOPLE IN REAL LIFE GIVE A SH*T

These are the wonders of online dating. It is perfect for meatheads like me that are total lowlifes and spend hours image-searching Melissa Lee in their spare time.

I tried dating sites, and I had some success….but not an extraordinary amount, so at this point I turned to dating women in Africa via Facebook and Interpals, mostly from Uganda. Is this weird? Yes. Is this smart? Hell no. However, African women are as promiscuous as Paris Hilton except they can’t afford drugs.

This spring I saw the film “Norbit” for the first time, and it scared the crap out of me. I say this because I used to talk to a woman from Cameroon that resembled that mammoth, and she actually tried to use me as her “bitch.” She tried to use me for money, for services, for a visa to the USA, and even to help her brother sell herbal substances on the internet. 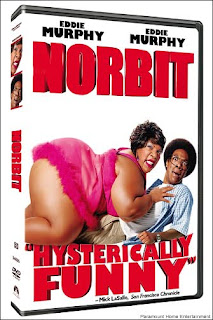 She did not realize that the flaw in her plan was that all I had to do was say No. We talked for like two months, and I never even knew her name. She is PrettySister24@yahoo.com, and that is all I know of her. Norbit just brought up too many bad memories.
Why did I talk to someone like that in the first place?
Some people joke and say they will hit anything, and they don’t have standards……I wish I could say that as “just” a joke. FML.
After I realized that dating Africans was stupid, I stepped up my social skills, and I began hitting on Americans on the internet.

Another comfort of online dating is you don’t have to feel guilty for hitting on underage girls in New Jersey, you can easily spot scammers from Belarus, and the Hispanic population of Southern California is Hot Turf!
Being called “Papa-Cito” never gets old.

But The New Jersey Girl:
Her: You know talking about this kind of stuff makes me really uncomfortable.
Me: Um...then, why have you been doing it for two days nonstop?
Her: Oh no. That wasn't me. That was my lesbian friend that stole my phone.
Me: Goodbye.

Online dating for me has not been serious. I mean, I do it because it moves quickly, and there is very little awkwardness. When dating African women, things more like lightning speed.
A lot of people that I’ve met from the internet say they never reveal a certain side of them to the face-to-face world. I used to live by that code. Now things are more open. It is extremely frustrating sometimes because it is hard to gage how the other person is acting. Sometimes they feel what you don’t, and sometimes you want what may seem or feel unobtainable.

QATFYG:
What is your weirdest dating encounter?
Your heard about my Rasputia (prettysister24@yahoo.com please write her),

and look for my next ethnology book "Casanova of Uganda" coming to stores in 2012, and make sure to reserve your dates for the traveling seminar.

Lastly, to Alexa in South Florida...I would've had ya ;)