The Plains of Salai: Sweet Trance


I found this disk from the library, and I listened to about the first seven tracks of the CD, and then, this particular song hit me like a wet glove.

Unlike, the all the other ones on the "African Savannah" disk, it had that melody that I often look for in World Music. When I look and listen to this genre, I often search for the bizarre and the exotic. However, with this particular song, I felt that it would be in the category where it is very smooth, and it has a sound that would not turn off the ears of people who are unfamiliar with the style.

At around 1:25 in this song, the music began to change into something that felt like the score of an early 1990's movie. I don't know what you guys will think, but it was some sweet trance.

QATFYG:
What is the most popular 90's movie in Africa? 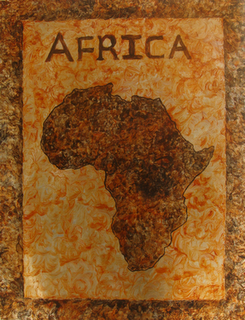