Sweden is that golden cross across the blue sky that you always see at IKEA. For me, Ikea was about the most Swedish I had ever experienced, other than those constant pokes sitcoms take at stereotypes such as “tall lanky blondes,” “opera singers with braids,” and of course “Alexander Skarsgard.”
It’s approaching nearly a full solar revolution since I got to experience the Sverige with my good friend, Brittany Kemp. For me, other than conducting an interview and embarrassing myself in front of the ambassador of Somaliland, this was an eye-opening experience of personal discovery.

Lesson Learned: You should know a woman before you try and feel her!

But believe it or not, one night while Brittany Kemp was off pretending to Belarusian for some reason, I asked a strange Thai woman.
“Can I kiss you?”
And for some reason nodded yes, so as soon as I tried to force feed her my face she freaked. It turned out that Spring Roll didn’t speak a word of English. However, that is as far as I’ve ever got with an Asian chick, not counting that Indonesian jerk I used to date online.
On that note, the largest Asian minority in Sweden seems to come from Thailand. According to Wikipedia they are the best targets for prostitution. (THAT WAS PURELY AN ACADEMIC SEARCH!)

Another Note on Sweden: As a tourist, most of the women you encounter are Belgian, not Swedish. Sadly, they do not like it when you touch them. However, the only advantage to being a rotten American lowlife in Sweden is that if you ever get rejected by a Belgian “kussie” there is always another one in the next room, at least when you’re staying at the ACCO Hostel (I had two German girls in my bed there, but they made me sleep on the floor, so that isn’t very impressive). 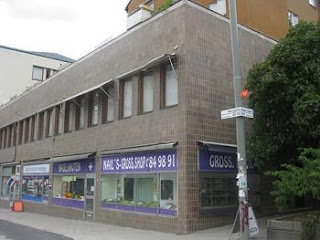 The best thing about Stockholm was it felt like living on Interpals. You can encounter Germans, Australians, French,Dutch (just Nienke), Italians, Black Colombians, Nicaraguans (Lengua Azul?), and even more Germans. So in other words, it was like WWII except with Hispanics.

Moreover, the phrase in Swedish “Talar du Engelska?” means “Do you speak English?” Forget that phrase, for it seems rather rude to ask. Everyone in Sweden is expected to speak English, and English education is mandatory starting at Grade 4.

Overall, it seems that people in Sweden are very friendly, unless you ask them to buy you stuff for no reason. Then, they can be quite the opposite. For some reason, there are quite a few Australians that come to Sweden as well, but ALL of them seem to be completely awesome. Brittany met a very attractive one, but neither one of us could secure his facebook, and now he has disappeared into that Down-Under-Place.

During these days I may have revealed too many inner secrets (the stuff regarding African people) to Brittany and a man named Max. I also learned that any hat with a round rim is called a “Cowboy” hat.

I found a cowboy hat. 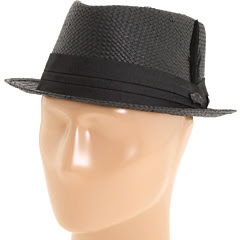 So regardless of whether it was the hats, or harassing Belgian girls that were out of my league, or socializing with Germans and Australians and one awesome Japanese girl, some of my best memories were spent in Sweden. I wouldn’t trade them for anything.

QATFYG:
Will the lesson learned stick?
A: No.

PS: Britt, we need to go back, so I can eat my Surstromming dammit.

PPS: You know, Sweden has a lot of black people.

PPPS: Britt has more on this subject.