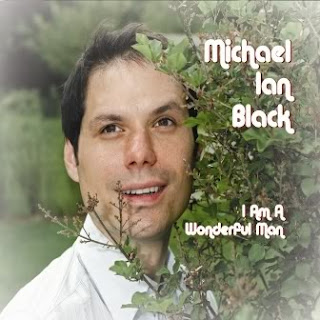 Guess what? It’s Wednesday in certain parts of the world, and another vivacious vixen is victoriously claiming the validated and verified S/S. I know I said vixen, and Michael Ian Black is a man, but I needed a V word.

I can’t believe how long it’s been, and I have not yet written about Michael Ian Black. Years and Years ago, I wrote one of my first posts ever commemorating his comrade, David Wain, for their work in Stella and Wain’s seldom appearances as a lone rogue stand up comedian.

As I always say, I am not one to pick favorites, but if there was only one comedy album, I’d take with me in the afteruniverse, it would be “I am a Wonderful Man.”
What I love about Michael Ian Black is his ability to find comedy and laughter by using the smallest most minimal ideas of humor. Comedy with the smallest amount of effort.
This example should reveal it all.


Then, he’ll randomly burst out with “and then I came all over her tits!”
I don’t know how he does it, but the timing is brilliant.

De plus, if you get a chance, look at his book “My Custom Van.” It’s a collection of essays, and one of them is entirely devoted to Salami.

QATFYG:
Is Salami your favorite meat?
Read the book, and it will be.