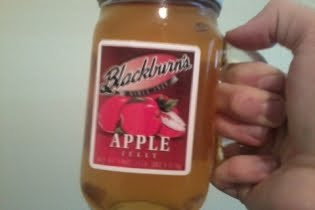 All the leaves in my desolate neck of the woods have fallen, and no that’s not some bastardized metaphor. In all seriousness, it’s actually cold as a witch’s tit, and the orange and red are scattered on the ground and turning brown, and there is nothing left but a reminder that winter is going to painstakingly annoy some of us for a long six months. I better stock up on hot chocolate and find out if the Russian girl next door speaks English.

Fall is slipping away faster than we know, and already, the plastic Christmas trees are for sale in my Wal-Mart. I guess, they don’t really have to put on a big display for Thanksgiving. Although, the attractive coffee girl at my nearest coffeehouse (who for some reason ignores me over all other people on Earth) was wearing a pair of sweatpants the other day, which red in big red letters GOBBLERS. Heh, what a slut? However, it at least that moment provided some acid for the imagination…No offense to her, if she actually is a slut.

Last night, I happened to catch the premiere of a new show on the History Channel called “Harvest.” I was expecting to catch a look into the makings of an American tradition, and the joyous celebrations that one encounters during the fall season, such as the growth and sale of Pumpkins, or the makings of Apple Cider. However, this show was just another look at the dangers of an American profession at a new angle. It is really baffling to think that back in the days of 2006, when shows like “Deadliest Catch” were rather unique where they show the dangerous yet adventurous lives of American individuals. However, since that time, we’ve had shows about Loggers, Ice Road Truckers, Gater Hunters, and now people who operate combines. I thought the show titled “Harvest” would have had a lot more potential, but I might watch one or two more episodes just for fall spirit.

QATFYG:
What do you think of when you hear the word Gobble?