Betrayed at 17: At Least One of the Girls Was Hot 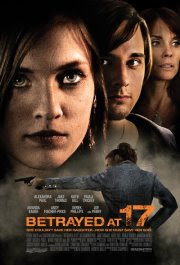 I will include spoilers:
It’s a rather interesting idea about a girl that has her life turned upside down as a guy secretly films them having sex, and then, the video is stolen by a vengeful skank and spread across the internet. Then, in shock the defiled girl runs out of a house screaming and gets hit by a car!
No silliness intended.

I am not an expert on screenwriting, direction, or cinematography, but I will tell you that killing off the hottest girl in the film after only 15 minutes was not a good idea.

This film is not really a mystery, instead it follows a variety of people trying to track the identity of the vengeful skank. After she is trapped in the corner, the vengeful skank murders her way out, and she continues falling into a deeper pit. 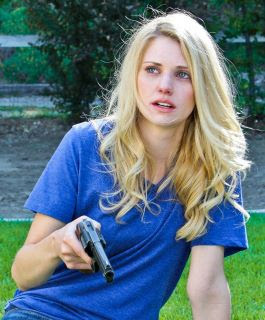 No, she does not get away with it. That is no surprise, and no, she doesn’t kill herself to get out of it. No, there is no real uplifting moment at the end. It’s just two people died because a vengeful skank got her panties in a knot.

The worst part was, this is the exact same model of another movie that ran on Lifetime, “Accused at 17,” starring Nicole Gale Anderson. 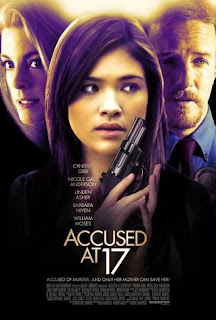 Just flip flop some character names and the costuming, and it’s the same ideas.

At least “Accused at 17” had a strong ending.

QATFYG:
Did you ever watch “Drop Dead Diva?”