November 23, 2011
it bears saying within the first five minutes of Breaking Dawn, Jacob aka WEREWOLF strips off his shirt, revealing a ripped chest, and runs into the woods. And I was like OMGZ TAYLOR U R SO HOTTTT. and I texted Cyndi, from physics, to be like "hes so hawt and ur such a twat 4 being team Edward." Little did I know, she was giving the captain of the soccer team, Jeremy or Joshua or Jeremiah, head. GIRL U GOT NO CLASS


So like if I got married to Jacob, would he have to imprint on me? y/n


anyway, moving on. Edward and Bella are finally gonna get married. and the marriage is actually gorgeous. like, the whole film is surprisingly well-shot. I remember Twilight circa 2008 and being like THIS IS GROSSSSSS I NEVER WANT TO GO TO SPOONS WASHINGTON.


so like there's wedding jitters and crap and randomly Edward's like "I USED TO EAT MURDERERS WHEN I WAS REBELLING IN THE 1920S." I don't know how that fits into the plot. That's what we learned they called an outlier in geometry because it's full of shit.


then they get married. AW. but not until like she has these dreams (Bella you tool fart) that Edward and the Cullens (I wish I had Alice's hair! so cute holy shit why can't I make my hair like that) EAT EVERYONE. o noes

That's not me. THAT'S CYNDI'S COUSIN PORTIA. I h8 hurr
I also love when Anna Kendrick is sitting there at the wedding being this total flaming bitch and she whispers SHE'S NOT SHOWING IS SHE? or something I'm not a recorder! I was like LOLZ SHE'S NOT PREGO YET DUMMY DIDN'T YOU READ THE BOOKS OR WERE YOU TOO BUSY DOING GYMNASTICS WITH THE FOOTBALL TEAM
~team JACOB~

The marriage is totes cute and shitttt. I don't think I'm ever going to get married and I mean that as a political statement. Then like they have this weird ass reception with Alaskan vampires that see the WOLVES that are there and are like AW HELL NO.
but who cares let me just talk about the sex THAT FINALLY HAPPENED
PRAISE THE LORD. some people can wait, a long, a long, a longgg time. me? no. excuse me what else was I supposed to do in the sixth grade?
so they have sex and it's pretty much like half in the water and then half in the bed. and they break the bed and everything else in the room because he's so strong. the cleaning lady comes in and is like U IZ DEMON and he's all like BITCH PLEASE I'M PALE AND MADE A SUCCESSFUL TRANSITION FROM THE HARRY POTTER FRANCHISE.
but because the sex is so violent and rough, which is how I LIKE IT hey-ooooo, he gets scared of hurting her (some people care too much) and is like "Bella we can't have sex anymore" and that's my big qualm with this film:  totes unrealistic, Edward's a man. but what do I know? my fake ID says I'm 29 and from Oklahoma and I added this line that I went to law school but I guess a lot of IDs don't have that.
she tries to seduce him but really no dice! then she's eating chicken and all of a sudden OOPS MORNING SICKNESS GIRL YOU SO PREGO. I like how she starts showing immediately. it's like all my sexual fears come to light! thanks, Stephanie Meyers!
I guess though, because vampires are essentially dead, they aren't supposed to have babies? so everyone freaks out.
and because the sex was over, I stopped caring and started sexting my boyfriend AJ. I was like "aren't we going to Steak and Shake later" and he was like all dirty and shit and I'm pretty sure if AJ was a vampire he wouldn't care about hurting me having sex! well then again, this was all written by a middle-aged MORMAN.
here's a brief wrap-up of what I remember:
- she gets really sick (THIS IS BELLA AGAIN) because the baby is eating all her food. so Kristen Stewart turns into a heroin junkie lookalike. and she's like NO I HAVE TO KEEP HIM ALIIIIIIVE and you're all like JUST PUT A CHEESEBURGER DOWN HER THROAT
- there's this schism in the werewolf verse no one gives a shittt. Jacob breaks out with two other wolves from the pack because World War III is about to go down y'all, because a vampire baby is bein' born. but he wants to protect the Cullens because they're all hot and shit. except Nikki.
- there's this terrible wolf animatronic scene that I just laughed through. like talking animals? realllly? come on I'm at a film that's supposed to be based on true events.
- finally they all figure out the baby and Bella need to eat blood to survive. that's pretty nasty. they eat blood in like a McDonald's cup. pretty nasty, indeed. I went to change my tampon, here.
- then the baby is born and it's all bloody and gross and there are organs and I was like WHATTTTT. Bella sort of dies but whatever you know there's another part of the series left SO SHE ISN'T REALLY DEAD.
- and after Jacob like imprints on the baby, who comes out this normal girl and apparently will grow up to be super hot, the other wolves run away.
- K-Stewart gets really hot and comes back as a vampire.
THE END. I think. I kind of left around this point.
rating:  3 out of 2 stars!
here's another pic of Jacob 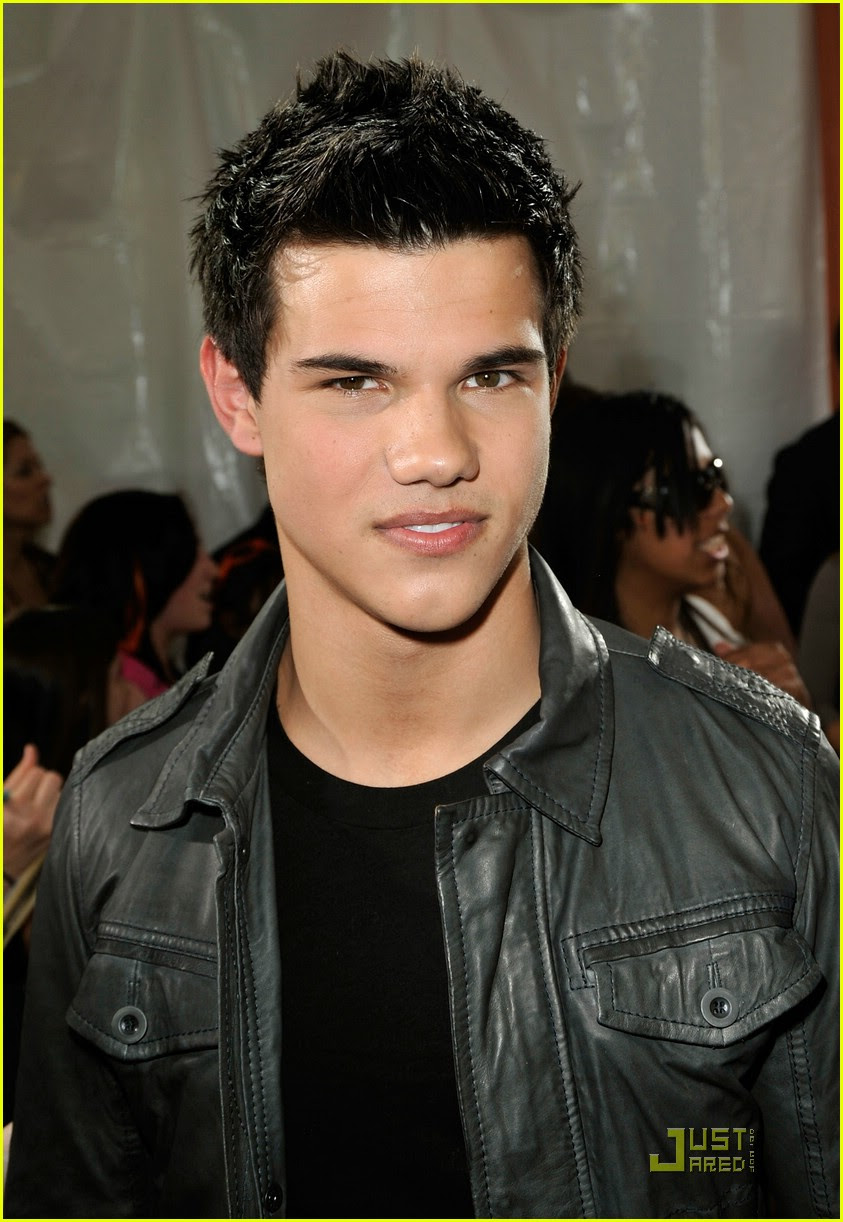