November 30, 2011
Did you notice the Useless Critic is all decked out for the holidays? Did it make you barf a little? I hope so. I hope it went down like eggnog.

I have never made a single photo we used in this page. FACT.

the weather lately has been most condusive to CHRISTMAS (holiday) DECORATING. well it was until like two hours ago when this wet snow shit started. wow, God. how hard is it to make real snow and not like, half-frozen pee snow? I have to walk in this crap. THANKS GOD, THANKS A LOT.

whose homoerotic fantasy is this picture from? certainly not mine.

that being said, we decorated our house in red lights, which means at some point I will wander outside, half-asleep, and think I'm in Carrie. Then the ghost of Karen Carpenter will come to me, singing something about heading to Pennsylvania for some homemade pumpkin pie and lots of weeping will ensue. man, on some of these Carpenters songs, do you ever get the urge to just like interject into the music and be like YOU MEN SHUT UP, KAREN IS THE ONLY TALENTED MEMBER OF THIS GROUP, THAT'S WHY SHE DIED AND YOU ALL WENT DOWNHILL. JUST SHUT UP AND PLAY THE PIANO RICHARD.

that aside, let's talk about CHRISTMAS DECORATIONS. and what is in this season (2011) according to the geniuses at Google Images. 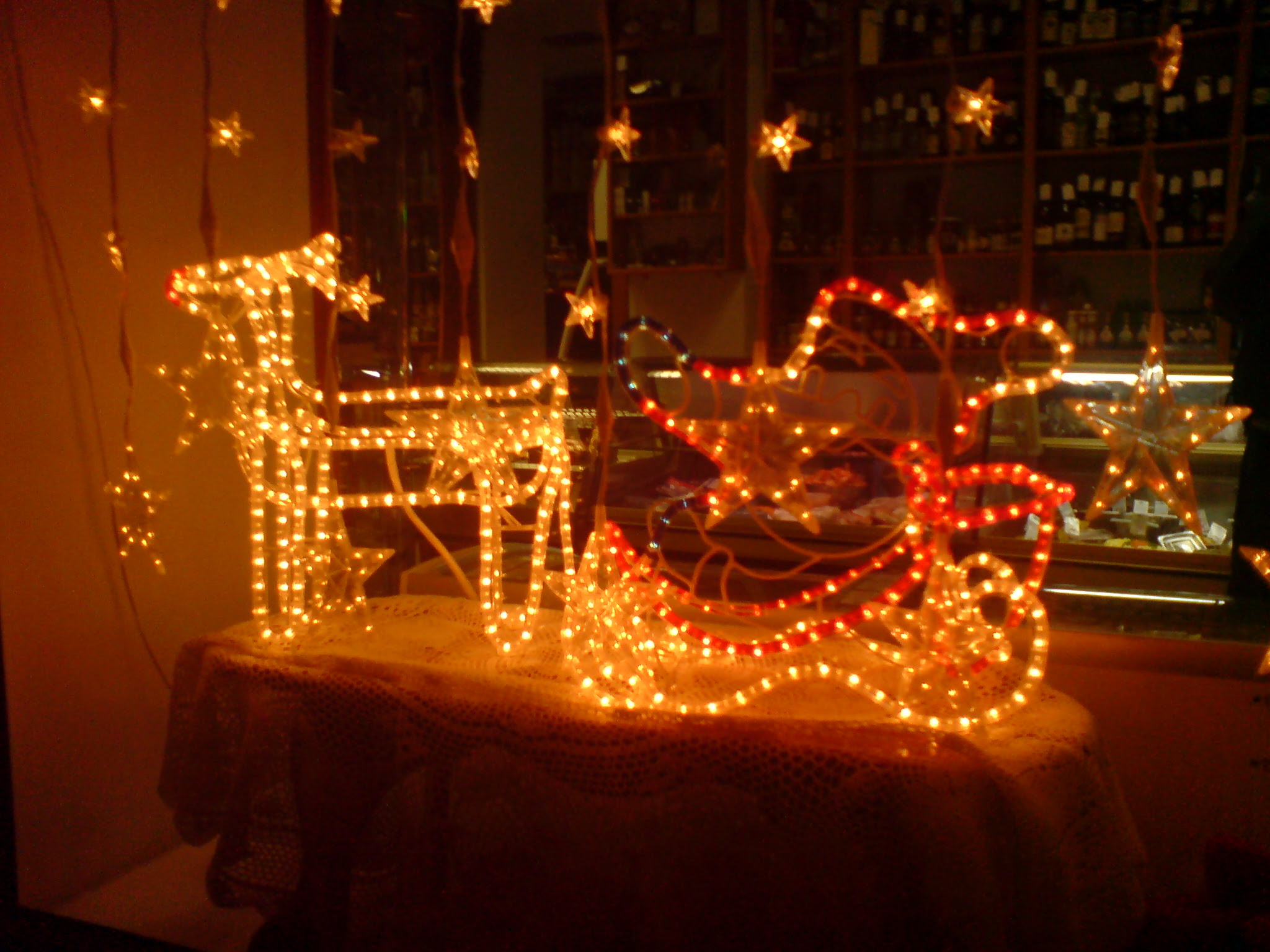 file this fine display under the following:


- stuff my mom will likely buy from a department store after Christmas
- WHOLLY UNREALISTIC. what is a PENGUIN doing driving a sleigh? my god, penguins are SOUTH POLE. I would not throw my weight behind this because of the fiction involved. Children can't accept that penguins are Arctic creatures. I'm pretty sure Santa doesn't frolic with the penguins. No they are down in Antarctica chilling on their dwindling land mass. thanks global warming! <3 you make our summers longer and our winters worse and our floods MORE BIBLICAL.


also, the person responsible for such a display will probably live in either Illnois or Indiana or somewhere we can call Satan's bunghole. GPS it....there is such a place.


MORE CARPENTERS NECESSARY. GET IN THE SPIRIT OR I'LL FIND YOU NEXT APRIL AND BLAST "TOP OF THE WORLD" OUTSIDE YOUR BEDROOM WINDOW.

here is a Japanese Christmas display. question:  what separates this from an American display? answer:  SHRUG AT LEAST SOMEONE STILL LIKES US.


I'm torn between love and hatred for this. one, it makes me think I'm in a LL Bean catalog. two, it makes me think I should be sitting by a hearth stroking a polar bear. three, look how hypnotized those old people are by the lights! hearts and stuff. I bet this is what Gwen Stefani's Christmas looks like.


do we notice a pattern? I wish you were here so I could hit you with a candy cane. or menorah. or candy cane menorah. 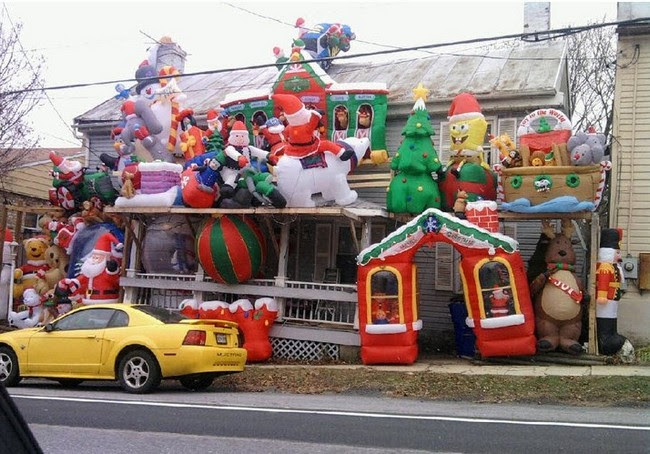 I love this. I want this. I want to wake up in this every morning for the rest of my life. this embodies class. A+ you stay away from me with those needles! don't you pop the dream!


also:  THIS is amazing 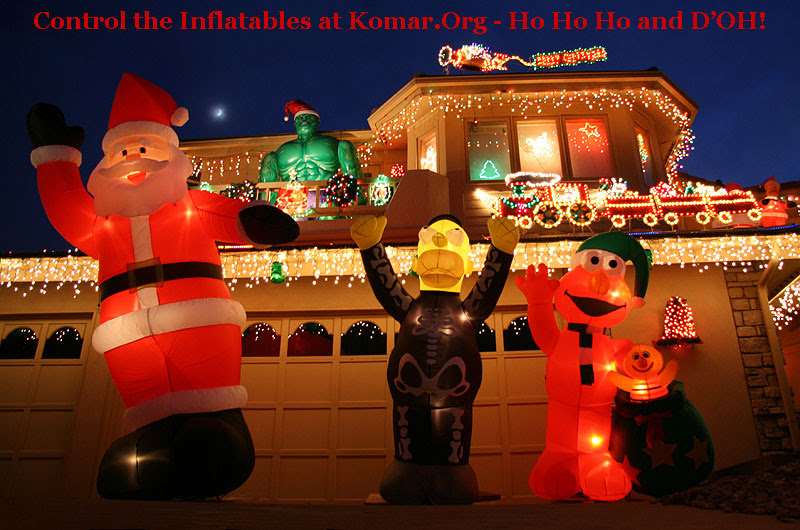 when I think Kwanzaa, my next thought? Homer Simpson. d'oh.

Is your goal this Christmas to blind your neighbors? good for you! everybody knows blind people are happy people. and may be they'll make you some nice food or shit. 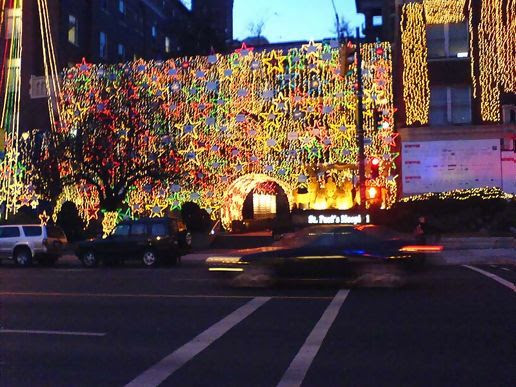 
but let's not forget that the most important about the holidays is spending time with your family and loved ones or one or the other because they're not always the same...;) 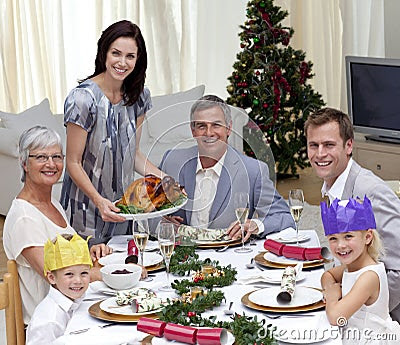 THESE PEOPLE ALL HATE YOU

conclusion: at least you've got Karen.

here are some websites to check out while you get ready to fashion your proper Festivus accommodations:
www.target.com
www.walmart.com
http://www.christmascentral.com/content/pages/christmas-decorating-hints-and-tips
http://www.save-on-crafts.com/wreatmakandd.html <- for your broke, lazy ass

see you in December!