November 19, 2011
What is the number one show on Cable Television? 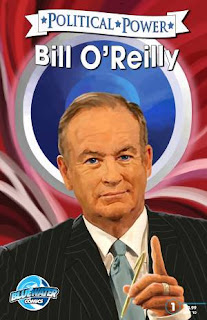 If you’ve seen the opening credits to this one, you’ll know it’s “The O’Reilly Factor” featuring the lovely duck “Bill O’Reilly.” It’s been that way for years. Shows such as “The Daily Show with Jon Stewart” and even the Kardashians score constantly rising ratings, but they can’t overtake the top spot from Bill O’Reilly.

Where does this come from?
What makes “The O’Reilly Factor” on Fox News so popular?

Bill O’Reilly is an accomplished writer (in terms of sales), and he is also Harvard educated, holding an MA in Public Administration. However, that is no reason for his ratings to skyrocket. His show is filled with heated debates and fiery exchanges between conflicting ideologies, but almost every other show on the news networks has that approach. The show is also plagued with arrogance, annoying tones in the host’s voice, and not to mention egomania. How does this become and stay the number one show on cable?

The simple answer to all of this is:
It’s fun to watch Bill get mad.

People like to watch O’Reilly fail. It has nothing to do with quality, integrity, or a Harvard education. It has to do with those moments when Bill looks really stupid. For example, Bill O’Reilly frequently gets in the previously mentioned fiery debates with guests and other news contributors, but things don’t always get out of hand. Hosts such as Sean Hannity or Chris Matthews melt down almost every time they lose an argument.

Other examples are Bill O'Reilly's famous meltdown on "Inside Edition," which became the single most popular Youtube clip of its year, or "Bill O'Reilly Gets Owned By a Kid." "Phil Donahue Kicks Bill O'Reilly's Ass" and you can also search for his moments with Geraldo Rivera where they both crash and burn together...over and over again.

QATFYG:
Why is Bill O'Reilly number one?
Because people tune in every night just hoping they are going to find that moment where they can see O'Reilly fall down spinning and shatter into a thousand pieces on the living room floor.

PS: He also has many female guests with big boobs. If you want to see the importance of large breasts, view our "Celeb Stuff" page (Nov. 19th Edition).