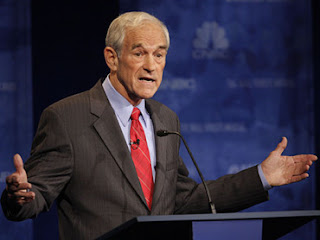 It's official, Ron Paul is at the top of the polls in Iowa. Newt Gingrich is falling faster than he can count. Mitt Romney is always in second, and Ron Paul is now the official frontrunner in Iowa with 23% support.

Look at some of the things people are saying:

there's a light at the end of the tunnel finally, America the Republic might show its face once more.

would love to see ron paul go up against obama in a national debate. the american people's head would explode.


QATFYG:
Be Honest, who is your candidate?

One thing is certain. It's going to be a weird day for the news.