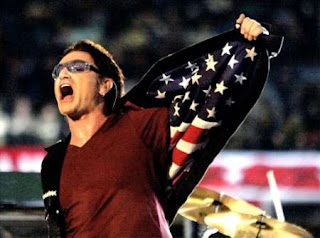 In a recent interview U2 center forward and international activist, Bono, made the following statements regarding former PA Senator and Presidential (Barely) Hopeful Rick Santorum. 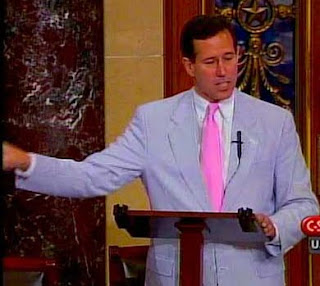 Santorum "has a kind of Tourette's disease," Bono told New York Times columnist David Brooks in 2006. "He will always say the most unpopular thing. But on our issues, he has been a defender of the most vulnerable."

Bono also supports Santorum's work in the AIDS funding in the senate, and the quote refers directly to the Senator's support of African Development. In addition, Santorum was the only candidate that directly assessed the complexities of the foreign aid system.

QATFYG:
What do you think of U2's music?
Do you think Santorum likes U2?
Sunday Bloody Sunday?