Look At This Fucking Hipster...oh wait 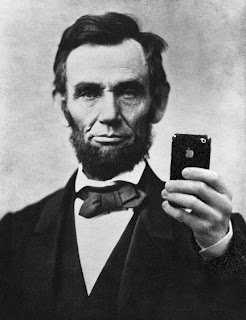 I'm writing this post at 2:05am, fresh from coming home after a night of shopping at Amoeba - the largest independent record store in the world - and buying Elliott Smith's first album; watching the critically acclaimed independent film Pariah in theatres; and eating at famous Jewish-owned delicatessen in Los Angeles, spotting and recognizing the famous DJ Rodney Bingenheimer dine in the same establishment. I'm wearing a turquoise cardigan, and a floral dress over blue pants. Although none of it is thrifted - it's still pretty out there. My friend and I are complaining about how there's no upcoming concerts for us to go to because there just isn't (and the Portlandia and Wilco shows are sold out! DARN!), while eating our vegetarian-friendly meals at 11 at night. We continue to talk about Portlandia, along with planning our visit to a Banksy-inspired art exhibit the next day - on our way home.

Am I a fucking hipster? 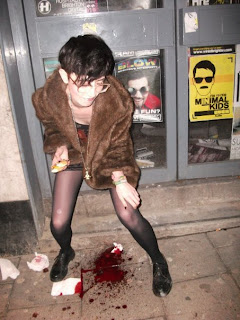 I suddenly came to this startling revelation as I was talking about how the only people who would like Portlandia are people who know who Sleater-Kinney is and are hipster and pretentious - right after I finished talking about how I really enjoyed the new episode of Portlandia. I quickly added "Oh, but I'm not one of those people of course!" My friend nearly drove into a pole as she reminded me of what I just said and then I realized....maybe I am one of those people.

I think I've avoided this term for so long because I don't look like the typical person who would listen to say, Wild Flag, or watch something like Portlandia. I look more like Liberty from Degrassi's beefy older sister. So just based on the way I look, I wouldn't think anyone would think i'm some sort of "YOU'VE NEVER HEARD OF THAT BAND"-asshole, but maybe I am? I mean, I'm already aware that most music I listen to is not played on mainstream radio, and almost no one I come into contact with in real life knows who Charlotte Gainsbourg or Feist (yes, even Feist!!) is. I'm aware I'm always hesitant to tell someone what I did this weekend because it was either seeing The Growlers at The Smell or going to a Upright Citizen's Brigade show. But I guess I've denied the fact that, just based on my interests, some would classify me and my friend into the "hipster" category - solely based on our interests. We're on the spectrum, but more on the lower end. We don't look or do this 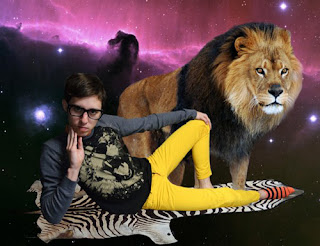 But we do have things like this as our desktop background 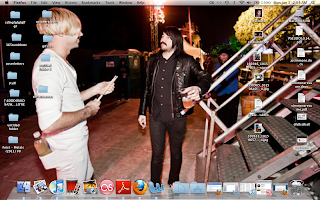 I suppose it's a slippery slope. 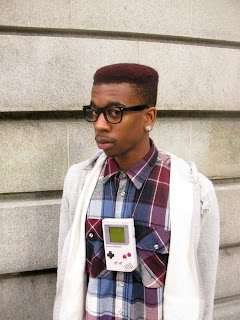