New Study Finds: Get Your Fucking Kids off of the Fucking Computer 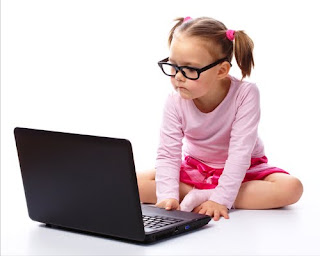 A new study has found that your kids on are the computer too fucking much. I have not read any of the results, but they are staggering. Let us run down the ways.
First of all, if your kid is on the computer, they will print out a bunch of shit and waste too much paper. Additionally, they will tie up the phone line for hours on end. Furthermore, they will become meatheads, mongoloids and morons.
Additionally, kids have gotten ahold of iPhones, BlackBerries and Palm Pilots. They use these to digitally harass office employees and some other shit that is too stupid to research.
You know what kids ought to be playing? Tetris.

Tetris is a game created by some Commie bastard in the Soviet Union, and it rules. And you know what? You can't win at Tetris. It's like real life. You just work really hard and then you lose. Furthermore, there are no pedophiles.
Over the years, folks have touted computer and Internet innovation as having improved the lives of those who have been blessed with access to it. This is untrue. In reality, it has merely sucked away countless hours from those who would better spend them reading Shakey: Neil Young's Biography, and assassinated their attention span so that when they do, they won't be able to get through it.
Yes, instead, we are told that knowledge is more appropriately acquired through viral videos, to the point where CNN often posts them in lieu of articles. A generation schooled on this dreck may even find Bill Nye too tame to focus on.
Yes, I find it impossible to write with absolute seriousness, but the dominance of technology over our lives is becoming truly disconcerting. We are constantly on call with cell phone in hand, checking e-mail and refreshing, refreshing, refreshing something to make sure we haven't missed out. It kind of makes you long for the top hat, beard and the horse and buggy. You know, in the days before you'd have to put the orange triangle on it.