January 14, 2012
Part of a five-part series that will begin and end today


SUP EVERYONE. Did you know  Sweden is a musical mecca? yeah I thought so! After all, they did bring us the world's best pop group ever....

okay, so I love ABBA. just like everyone else that breathes oxygen.


but did you know what OTHER great bands/performers have hailed from Heaven/Sverige??? NO, NOT JUST THE A-TEENS OR ACE OF BASE. Although "Beautiful Life" is catchy shit:

my sister loved Ace of Base when we were kids. so I grew up listening to a lot of Ace of Base. it became my standard thing, whenever "The Sign" was played, to imagine the elaborate music video I would direct for it, if ever given the chance. this video would include the following:


- my stuffed animals dressed as Indians.
- Zuck Park (google it)
- some kind of gigantic gong?


anyway, this music video has ever yet to see the light of day. and you know, I just remembered this whole thing like six months ago. weird, weird.


speaking of my sister! she's just discovered the total and complete awesomeness that is ROBYN.

seriously- she's really the begin-all and end-all of Swedish pop music these days. this bitch is fierce. and regarding her SNL appearance last month, I hope this finds her a lot more popularity stateside. like wtf, why isn't she as big as Katy Perry?


then, perhaps a little more deviant and under-the-radar (my scary old boss once talked trash on her...whatev) is Lykke Li. I don't know what it is about this woman- I read somewhere comparing her to Stevie Nicks of our generation, which I see. but if Stevie had grown up eating that gross Swedish fish Al kept trying to make me eat while there. 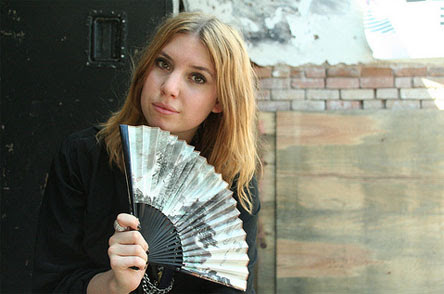 dear Lykke, can I give you my phone number? XOXOXOX BRITTANY


but let's go into lesser-known territory.
case 1:  Laleh
Laleh was introduced to me via Max, my Swedish music guru while I was there. Listen to her, she's pretty...mmm, enticing?
case 2:  Oh Laura
Oh Laura has unfortunately since dissolved...but this band put out one perfect, folky album. "Black and Blue" is my favorite, which is like, almost a song defending abusive love. don't defend that stuff, kids!
case 3:  Pelle Carlberg
I actually was supposed to interview this dude, but he never responded to my messages. nevertheless, imagine Jens Lekman, take him down a notch and voila! you've got Pelle. 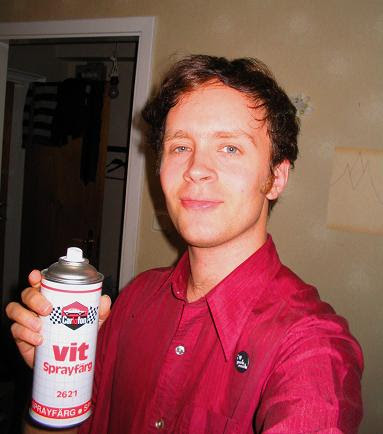 AND AN AEROSOL CAN OF COURSE
case 4:  Anna Ternheim
this girl is an INCREDIBLE singer-songwriter. like, she's a dynamo. the amount of talent in her Swedish body is mindblowing. she just put out a new album, too!
case 5:  Sophie Zelmani
just for this song:
as for RAWK MUZAK, check out the Hives and Mando Diao.
The Hives have the best names ever, ever, ever.

I WANT THOSE CLOTHES.
And Mando Diao!
For something a bit newer and more indie, there is I BREAK HORSES. I haven't really listened to them much, but they seem cool and are opening for M83 later this year.
Truth is, there's a lotttttttttttttttttttttt of great Swedish music out there (the Sounds, Peter Bjorn and John, Caesars, Little Dragon, the Knife, Kent) and I'm barely scratching the surface. but I really want to go back to Stockholm like immediately now. yes, there is good music all over but especially from Sweden!
to include this installment:
hej hej!
what's your favorite?