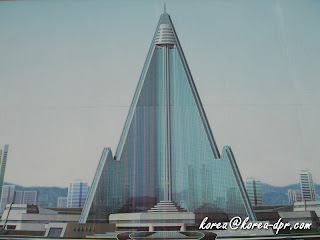 It’s been almost two months since the world saw the passing of the North Korean dictator, Kim Jong Il, and even now, very little new information from the world’s most undocumented nation has been released to the international circuit.

North Korea is somewhat of a mystery on many levels. However, certain features of their internal dynamics are rising to international attention. During the 1990’s the notorious famine devasted the rural areas (or any area outside of the capital, Pyongyang). At present foreign aid negotiations between USA and North Korea are underway.

Excerpt from Choe Sang-Hun's article in NY Times:
"Officials from the United States and North Korea met in Beijing (Early December) to discuss the possible terms of resuming humanitarian aid shipments to the impoverished North. The meeting followed a series of appeals from United Nations and private American relief agencies for urgent aid for the most vulnerable of North Korea’s population, especially its children and pregnant mothers, who they said suffered from life-threatening malnutrition.


Yet on a more personal level, where are the international service organizations on this matter? Very few of them have any access or entry into the Democratic People’s Republic of Korea, but all hope is not lost.

The Fuller Center runs a program for Global Builders, and is making an an amazing and groundbreaking attempt to bring volunteers to North Korea

Mission Statement:
The Fuller Center will partner with the Paektusan Academy of Architecture, who will help manage the project, to build 50 new homes at Osan-Ri in the outskirts of Pyongyang, the capital of DPRK. The houses will be for farmers working on the tree nursery that surrounds the building site.
Professionals from the United States and the DPRK are working together to develop house plans that are energy efficient and environmentally sensitive in their construction and maintenance.

Source: http://www.fullercenter.org/dprk
The project plans are underway, and the Fuller Center is launching a once in a lifetime chance for service in North Korea. It is also a milestone marker for the North Koreans to allow international service volunteers into their country to create an international co-working environment.