First off, I must publicly acknowledge my gratitude for having been inducted into The UC’s official team of contributors. While acceptance speeches aren’t exactly my genre, you should all know that I wasn’t kidding when I said I was unemployed, and I welcome the opportunity to pretend I’m being productive. (Britt Kemp, here’s lookin’ at you, kid.)
When it comes to Valentine’s Day, most people fall into one of two buckets of b.s.: those who celebrate, or those who are hate. Myself, not so much. I don’t have a valentine, but I also don’t have a desire to piss in the cornflakes of happy couples. I’m a strong, independent, black woman, who can appreciate a holiday for its color scheme. On the 14th, I’ll make probably violent love to myself and call it a day.
Having said all of that, my Valentine’s Day Mix is not about romance or vengeance. It’s about songs that I would enjoy on Valentine’s Day, if Valentine’s Day were celebrated like St. Patty’s Day—in which case copious amount of alcohol, and, ultimately, karaoke were involved. It’s musical pleasure for all . . . you’re going to love it.
Fiona Apple - Not About Love

I’mma kick off the mix off with a reminder that this is not about love. It’s about Zach Galifianakis appearing completely charming. Actually, that’s just part of the video. 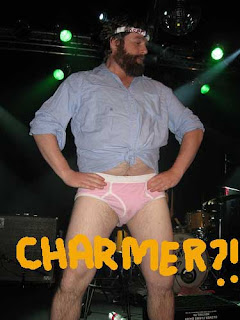 No Valentine’s Day mix would be complete without this panty-dropper. My 6th grade self is blushing. My 24-year-old self is in my living room, drinking wine and sub-seductively writhing around like a desperate, blacked-out bridesmaid.
Taylor Swift - Our Song

The concept is clever (Our song is the slamming screen door / Sneakin' out late, tapping on your window) and it’s catchy, catchy, catchy. You can disagree, but it’s my mix. And I know that somewhere, I have the support of a bus full of jocks who pump up by singing this song. Together. 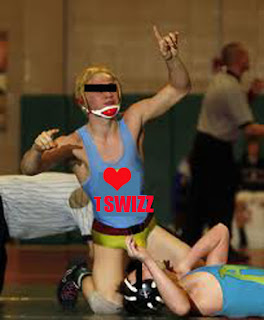 Weezy’s Mrs. Officer almost makes me want to have a run-in with Johnny Law . . . and WHAT would Valentine’s Day be without handcuffs? As I say, I’m working with a limited number of bodies (as in, one, including my own) so, I’ll be heading to Chuck E. Cheese at some point today, hell-bent on winning a substitutional Chinese finger trap. 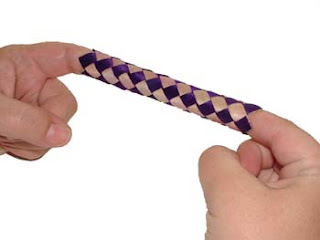 Two phrases heavily associated with me in college: “I just wanna dance,” and, “Do I have to wear pants?”  Technically, I guess both could apply to this mix, but I’d like to focus on the former because the former is what landed this song on the mix. That, and the lyrics Baby girl, turn me on with your electric feel. Speaks to my inner frisky hipster.
TLC - Creep

The untimely death of Whitney Houston may not have struck people as surprising—after all, it was no secret that she’d been actin’ a hot mess for years. Nevertheless, I was shocked. I grew up listening to a few music icons who were so wildly talented that, in my mind, they would eternally live amongst the clouds of Hollywood. Whitney Houston was one such icon.
How Will I know is a guilty pleasure track, the bubbly song you’ll never admit to having been blasting when you realized you’d been paparazzied whilst flailing around in your bedroom like some Bring it On reject, caught hairbrush-handed. 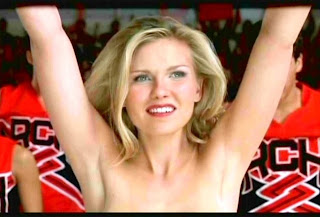 This window works both ways?
Melissa Etheridge - Come to My Window

Nothing dominates like a sultry lesbian with a powerful set of pipes. Melissa Etheridge’s Come to My Window is a karaoke selection that puts any sorry rendition of Stand By Me where it belongs—on the shelf with tee ball and My Little Pony.
The Proclaimers - I’m Gonna Be

When I stated in my classified ad that, “I enjoy long walks,” I was actually referring to my daily outing to the mailbox. This guy’s willing to walk 1,000 miles just to be the man who falls down at my door; that’s devotion. More importantly, you’d have to be a mutant to resist chiming in on this chorus.
Salt ’n’ Pepa - Whatta Man
The beat is unmistakeable, the attitude unparalleled. In 1994, chivalry was anything but dead as Salt ‘n’ Pepa praised one mighty, mighty good man. “Never disrespectful, ’CAUSE HIS MOMMA TAUGHT HIM THAT.”
Divinyls - I Touch Myself

Don’t threaten me with a good time . . . This song is awesome. It’s fun to sing, lustful, and fun to sing. Almost too apropos for a V-Day Mix.