Music Will Live and Die in the Physical Form

February 26, 2012
It is no secret that the advent of the album format changed our concept of what music is. Sure, beforehand there were plenty of catchy singles being put out on 45s, but in retrospective those artists' works seem oddly insubstantive.* As much as I love many, many songs by Chuck Berry and The Coasters, greatest hits collections sound phony and shallow. The very nature of the music is such that each song is meant to be listened to individually. Collections are mismatched, without meandering or progression, no too-preachy-for-the-radio tracks, none that are sparse, hookless and delve deeply into introspection. 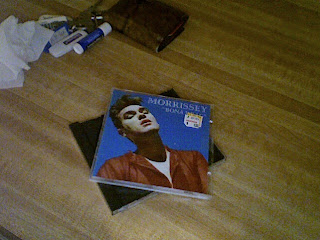 Now, with iTunes, iPod, the digital age and the digital craze, Rolling Stone magazine is predicting the eventual death of the physical form. Physical sales for the first time have been topped by pay downloads, opening the stage once more to singles-only oriented artists.

Rolling Stone laments the co-incidental demise of record stores.** Truly, much can be said about flipping through stacks of records, tapes or CDs and happening across interesting and bizarre looking recordings that one has never heard of. Winding up with something great in this process is the most innocent and joyful way to experience new music. Imagine, all the cool artwork, inserts, dings and dents and scrawled names of previous owners, all of it lost in the Amazon.com checkout cart. 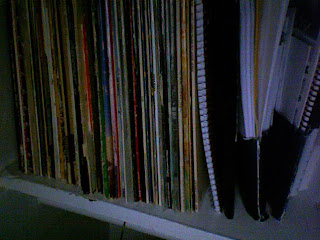 There is something to be said about sliding a record from its packaging, tearing the plastic from a newly released CD, hearing the hiss of an old cassette tape. At least I hope I'm not the only one who feels that way, when these things are contrasted with a soulless line of zeroes and ones dictated to your idiot box replacement from "The Cloud."

It is truly baffling to me that Willow Smith can be a popular artist for three years, release two fucking songs, and that's it. What am I, going to buy one song? And listen to it by itself? And that's it? And claim I enjoy her as an artist? I don't even know anything about her.

And I like those songs. And I like some songs by Lady Gaga and other artists that sell more by volume digital than they do on CD. But let's face it, the new form, or lack thereof, is the expressway to the slag heap of artistry in music. And let's face it, the people who buy largely digital downloads are probably not really music fans. Should they dictate its future? 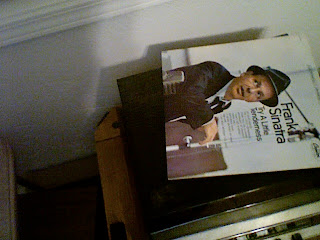 There's something to be said about a band saving up to press copies of that first album, taking a gamble because they truly believe in what they're doing. They are lost in the shuffle when everyone is releasing digital downloads at no cost.
Now, I'll be honest, the sample player on Amazon.com has caused me to buy a lot of albums I wouldn't have otherwise. It's truly invaluable. I almost wish I could come across an album I've never heard of in a store and mentally access that Amazon sample player. But browsing new things, trying to hunt down stuff you've been looking for for a while, is fun. The human experience is, first and foremost, tactile. 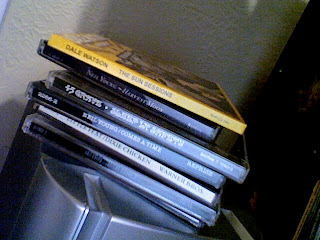 Because of this, even going to The Exchange is no fun, because they keep their CDs behind glass cases and you have to ask the guy to get in a flip around through them.

I can't imagine never again being outraged that something comes in a slipcase, is missing a booklet or has one that's printed on weird enviro-friendly paper. These quirks define me as a listener, even I though I scarcely flip through booklets.

I guess this means, once again, I am a reactionary.

* I hope neologisms don't bother you.
** The article goes further to lament the loss of Borders, which did have a different selection at times, but gouged prices so badly that I rarely if ever bought from them.