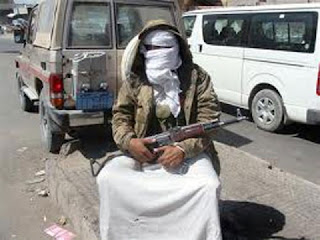 A police source in Taiz said a gunman riding on the motorcycle driven by an accomplice shot a U.S. English language teacher who was also deputy director of a language school, the Swedish Institute.

Officials from the institute identified the victim as Joel Shrun and said he was born in 1983.

Areas that need teachers the most like Yemen are often the most dangerous.
One can only hope that does not stay the same for long.