New "Be Useful" : Something for Laos

Laos rests in Southeast Asia on the border of Vietnam, Thailand, and Cambodia. It is landlocked, and critics around the world have labeled its form of government everything from a brutal regime to “one of the worst on Earth.”

Other factors are also clogging Laos’s movement toward peace. For starters, Laos was once named “The Land of a Million Elephants.” The Mighty Elephant is the largest four-legged mammal on Earth. However, they are a species that falls under a scope-lens for poachers and slaughterers. The poachers target the ivory tusks of elephants, and the slaughterers kill them off for coming too close to farm land or invading territory. One difficulty that arises is when they kill the mother elephant and leave the baby elephants on their own. Without the mother, all of sudden one casualty turns into two.

A quick google image search can produce elegant and royal depictions of the Laotian elephants. These are strong beautiful creatures of nature, yet in the labeled “Land of a Million Elephants,” the domestic and wild population in Laos has been reduced to just 1,500.

Furthermore, Laos does not have a SINGLE elephant sanctuary, other than a commercial tourist program that uses the elephants for profit.

What can be done?

The plans have been made. “The Lotus Elephant Sanctuary” is now set on creating a major elephant habitat in the small nation of Laos.

Founder Kate Woolf is set on bringing a new protective eco-environment to save the elephant populations in this far off land. 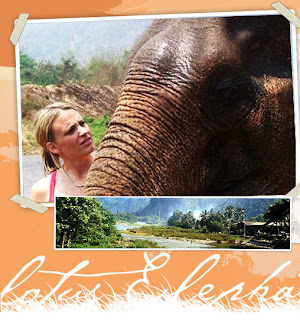 From “The Lotus Elephant Sanctuary.”

“The sanctuary is in its infancy. The immediate goal of the next 6 months is to raise as much money as possible so that the sanctuary can buy a minimum of 6,000 acres for Laos’ elephants to heal, reproduce, create social groups and be left alone to be themselves for many elephant generations to come. It is essential to buy a large chunk of land all at once in order to avoid land prices being increased once the intent of the purchase becomes known locally. The sanctuary seeks permanent solutions for the long-term survival of elephants in the wild.”

What makes this important?

Animals are part of the same world we are.
Animals have a right to exist.
The elephants didn’t ask to have long valuable ivory tusks, and furthermore, they didn’t ask for humans to shoot and kill them. The animals of Earth do not deserve to suffer for the mistakes of human kind.

For more information and for ways to help the “Lotus Elephant Sanctuary,” visit their website. CLICK HERE

Or you can contact Founder of the LES
Kate Woolf Here
kate@lotussanctuary.org