New Film to be Released in 'Titans' Franchise 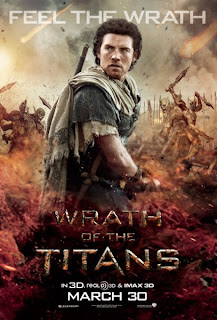 At the end of the month, Warner Brothers Picture is set to release the next installment in the successful 'Titans' franchise, this time entitled Wrath of the Titans.
Yes, like all groups experiencing wrath, the Titans have been here before. The film continues the epic journey we began with Harry Hamlin's Perseus in 1981, as he did battle with Medusa and the Kraken (pictured below). In the interests of full disclosure, the reader must take note that I once owned a toy figurine of the Kraken with one or more broken appendages, so I have an affinity for defeated Krakens. 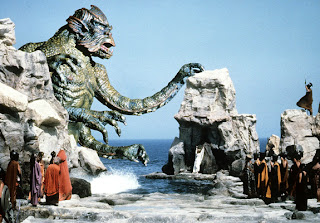 The franchise thereafter remained silent for 19 years, when the role was reprised by Denzel Washington in 2000's Remember the Titans. This installment is arguably the most lauded of the franchise, as the story line veers away from cosmic destruction in favor of themes of camaraderie and overcoming racial strife. 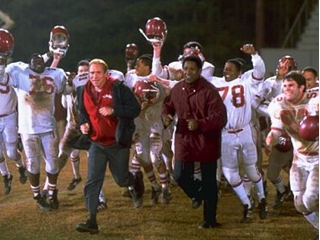 It is rumored that, through some behind-the-scenes fumbling, the new film will actually see a limited release in theaters instead of going direct-to-DVD as was recommended by most studio execs. Studies show that select groups who were shown an advanced preview of the film had results indistinguishable from the control group who were instead treated to John Carter.
AWM

the titans
Labels: the titans