Some Secrets About Ireland 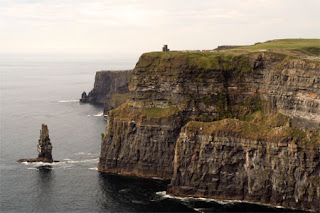 It is no secret that soon the day of the Irish will be upon us, but what has Ireland really meant in terms of contributions to mankind?
In fairness, the country has suffered greatly in its attempts to attain greatness. The Irish people have been oppressed by all of the great conquerors throughout history: The British, The English, Great Britain, The United Kingdom and Wales.
One could hardly blame the Irish for being sluggish in that regard, after such flagrant abuse by tyrannical overloads. I mean, they only got toilets in Ireland in 1995, and they were taken away the day after, when Sinead O'Connor tore up a picture of Carol O'Connor on TV.
Otherwise, it's true that the Irish have always been model Catholics, drinking and carousing, and then confessing it all before having loads of children called Brendans and Bridgets. Even many modern prayers are structured in the Irish fashion: O'merciful, O'loving, O'sweet Virgin Mary!
But remember, not everything you read about Ireland is true. For instance, were you aware that leprechauns aren't actually short? Bill O'Reilly, for one, is almost six feet tall, and the Lucky Charms guy is deceptively sized to fit your screen. He can actually slam dunk a shamrock through a blarney stone and catch some decent hang time before his descent.
Yeah, maybe the mystique about Ireland is overblown, but one thing is true for certain: Ireland is one of the best places as far as helping U.S. corporations skirt their income taxes, and that's something I support wholeheartedly. O Ireland, Rod Blagojevich of nations, we salute thee in this week that is your feast.