The Dandy Warhols "This Machine" Review and Retrospective 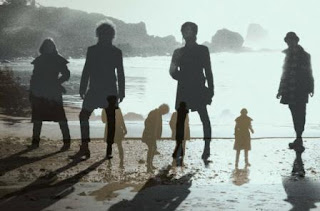 As many of you may know, the 1990s was when I developed my taste in music. Some artists I connected with immediately (PJ Harvey, Placebo, Garbage, Tori Amos, KMFDM), but there were some that I only found an appreciation for when they were well into their musical careers. It's no surprise to me that The Dandy Warhols fell into the latter category. Back in 1996, their major label debut single "Not If You Were the Last Junkie on Earth" was everywhere (well, maybe just on M2, back when M2 played music videos instead of Jersey Shore marathons). And while I enjoyed the song and the tongue-in-cheek lyrics ("Shouldn't you have got a couple piercings/and a sign that maybe that you were gay/anyway..."), my friend Kellea and I were more intrigued in keyboardist Zia's glorious boobies (hey, a gay man can enjoy boobies) in the video than we were with actually buying ...The Dandy Warhols Come Down. Yes, this was also when buying music in stores was the norm. Weird, I know! Take a look at the video, directed by photographer David Lachapelle (ah, the 90s).

I wouldn't really appreciate their music until their third album (fourth if you count their independent debut), Welcome to the Monkey House, a synth-laden, 80s homage featuring production by Duran Duran's Nick Rhodes. I can't remember which came first: me discovering their song "We Used to be Friends" as the theme to Veronica Mars, or discovering that song, and then realizing it was VM's theme. But I suppose it doesn't matter. I was hooked.

After listening to that album like it was sweet, sweet cocaine, I went back and rediscovered their 90s discography. ...The Dandy Warhols Come Down was good, maybe even quintessential, but I found Thirteen Tales from Urban Bohemia much more interesting. The sound was much the same, garage/shoegaze/indie pop/whatever, but the lyrics were darker, and more sexually charged. Naturally, I related to songs like "Bohemian Like You," "Nietzsche," and my personal anthem, "Get Off."

Around this time, the documentary, Dig!, came out. It chronicled the story of The Dandy Warhols and The Brian Jonestown Massacre and their subsequent journey through the 90s indie rock scene. It is a fantastic film. One of my favorites of all time. Check out the trailer. Also, don't be jealous I got to meet the director, Ondi Timoner. Although I won't blame you if you are.

Then came Odditorium or Warlords of Mars, both a concept album and a "please let us out of our major label contract" album. I found it very underwhelming; a bit too spacey and hippy-dippy. There were a few standout tracks, but concept albums are usually a kiss of death (just ask Tori Amos). Here is one of the great tracks, the Gorillaz-esque (lol, spellcheck had a time with that one), "Easy."

...Earth to the Dandy Warhols... was their first album after they parted ways with Capitol Records, and while it was in a sense more in line with their 90s work, it still felt uneven. However, there were some spectacular tracks on it. For all the unevenness, most of the individual songs had more room to stand on their own. Take for instance the addictive electro-stomp of "Mission Control."

Between this album and the new one, they released The Dandy Warhols are Sound, which was the original version of Welcome to the Monkey House, sans Nick Rhodes' production. I have to be honest, I didn't care for this version. Give me Nick Rhodes any day.

*And now, the moment you've all been waiting for: my review of This Machine!*
(Bonus drinking game: every time I describe something as "shoegaze" take a fucking shot.) 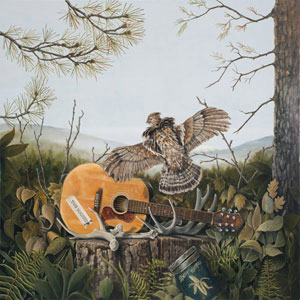 So, how does This Machine stack up to other Dandy releases? I'm glad you asked. As a whole, the album has more of the 90s Dandy sound, while still feeling fresh.
Sad Vacation This is a smoldering opener, its distorted bass and shoegaze vibe set a tone for the entire album. (8/10)
Autumn Carnival makes me happy, because this is the kind of song that got me hooked on the Dandys in the first place, with it's spacey shoegaze (detecting a trend?) vibe and intriguing lyrics: "It will surely fix you/guaranteed." (9/10)
Enjoy Yourself is a pure glam gem. Courtney Taylor-Taylor channels the likes of Iggy or even Bowie himself with fun wordplay such as "I was the prettiest girl in the whole fucking world." (7/10)
Alternative Power to the People is a stomping, instrumental ditty, and with a title like that, I'm thankful there are no lyrics. Song (7/10) Song title (1/10)
Well They're Gone A lowkey jam. Not one of the most memorable tracks. But not terrible, either. I feel like the music doesn't match the lyrics, or vice versa. (5/10)
Rest Your Head Again, a bit of 90s shoegaze, with a guitar refrain that sounds right out of an Oasis b-side. Maybe it sounds like a million other songs, but I love the way Courtney's voice sounds on this one. (9/10)
16 Tons A sloppy blues cover, pretty forgettable. My least favorite song on This Machine. (3/10)
I am Free Especially when this song starts, it's an upbeat charmer. That opening guitar riff reminds me of 80s era Van Halen. Shame the lyrics are rather underwhelming: "I am free/the music is inside of me," but I can't help but like it; it's infectious.
SETI vs the Wow! Signal What is with that title?! Seriously, Dandys, enough with the ridiculous song titles. As far as the song goes, it's a thumpy jam, and would probably feel at home on Come Down, but what is with those lyrics? "It's like a rocket to a caveman.../Don't look up it's the Wow! Signal/Nobody knows if it's good or if it's evil." I think this is a song that will eventually grow on me, but for now it gets a (6/10). Oh, and for those of you who don't know (even I had to Google it), SETI stands for Search for ExtraTerrestrial Intelligence.
Don't Shoot She Cried is pure shoegaze, with a little country twang thrown in for good measure. Not much to the lyrics aside from the repeated title. But you know what? It doesn't need anything else. This wouldn't sound out of place on a Gregg Araki film soundtrack. (7/10)
Slide A beautiful, lush album closer. Nuff said. Also, shoegaze. (9/10)

This Machine has a decidedly darker vibe, which is reminiscent of their earlier work. Musically, the band has recaptured that 90s sound without feeling trite, and it works. Courtney's voice has evolved in the ten plus years The Dandy Warhols have been together. For him, it's a deeper (as in vocal range), more dramatic vocal outing. I do long for the falsetto of "We Used to be Friends," and I think changing it up for a few tracks would have given This Machine a bit more variety.

But the album--regardless of the harkening back to the 90s--as a whole feels very now, whereas their recent efforts have had a tendency to sound like they came from a different era. This Machine also brings to mind those bands that have emerged since the Dandys' formation, and have been producing a similar sound: Silversun Pickups, The Bravery, Franz Ferdinand, School of Seven Bells, to name a few. In a way, The Dandy Warhols are showing these kids how it's done. Welcome back. We've missed you.