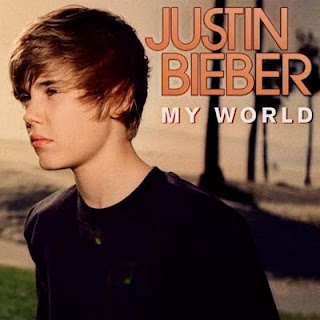 I have no doubt that most of us like music we don't readily admit to like, but our dirty little secrets have a strange tendency to eventually surface. Some might shamefacedly have been caught singing "Backstreet's Back" in the bathroom, or an S Club 7 song might surprisingly have been discovered in a person's Mp3-player to the merciless mocking of his peers. Yes, I believe the majority like music we are ashamed to like. Because that kind of music is crap, and admitting we like it is tantamount to admit we like crap. And naturally we are ashamed to admit we like crap. Who wouldn't be? I'll tell you who wouldn't: Justin Bieberfans.

Walking in a park in my hometown last year, I saw a curious spectacle; the amount of teenage girls gathered to openly manifest their love for this prepubescent singer was legio. I even saw a banner which proclaimed: "The Justin Bieber Fan Club". Beside the words was an image of a smiling Bieber, condemned to perpetual infancy. By that time I had never listened to Justin Bieber and it wasn't until I did that I could appreciate the audacity of what those teenage girls had done. Admitting to like his music must certainly take a lot of courage, and the need for a support group, like AA, is evident. Anyone who in broad daylight will sing "Baby, baby, baby oh...." must need the same heroic strength of the entire Light Brigade in Tennyson's poem.

The reason to me is obvious; because they by their own volition say they like music that is blasé and mainstream, cultural snobs(such as myself) acting as self-proclaimed arbiters of good taste, tend to look down on these people as also being blasè and mainstream. In fact, nothing could be further from the truth. It is in their admission to liking crap that they openly defy society's conventions and overcome our predominant impulse to hide the fact. Not only will they admit to like Justin Bieber, but they will gather in public places, put up banners and chant his name. These people that the small clique of pseudo-intellectuals (myself included) denounce as pedestrian are really the true cultural radicals of our era of junk consumption, the rejected minority, "the other." And the people who are really mainstream and pedestrian are those who in the darkest corners of their hearts, hide what Bieberfans will chant in the park. So to all you Justin Bieberfans out there: I salute you!