How Maroon 5 Introduced Me To Fiona Apple 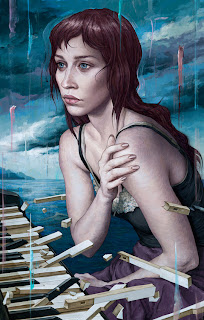 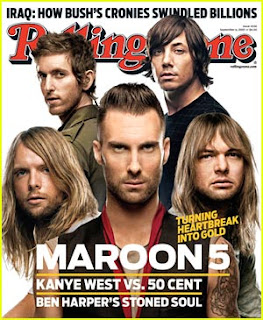 So I haven't written a post in The Useless Critic in a long time. I'm sure none of you have noticed, but I come here today especially to talk about The Queen, the one and only Fiona Apple, as her fourth album - and first in exactly seven years - entitled The Idler Wheel Is Wiser than the Driver of the Screw and Whipping Cords Will Serve You More than Ropes Will Ever Do - comes out today (at least in the US)!


While there will be and has been a myriad of articles and reviews about Fiona's new album, I feel it's slightly unnecessary - at least on my part - to review her album, other than to say it's amazing, completely reliable, and the song "Hot Knife" is going to be a song Fiona fans will find playing randomly in their heads while watching a butcher slowly stomp his knife down on a large piece of ham while waiting in line at the Honeybaked Ham store (what?).

Fiona Apple McAfee Maggart has been a role model for myself and millions of other young, possibly brooding, probably depressed teens and young adults since the release of her first album, Tidal, in 1996. She was only almost nineteen years old at the time, and wrote most of the songs before she even graduated high school. While most people (myself included) attempted to write songs/poems that went something like "bespectacled jewel across the nite sky/I wonder why/I can't die", Fiona went the extra mile and composed lyrics that were fresh, original, and downright relatable. She was weird - but weird for the mainstream, I suppose.

I remember the night I fell in love with Fiona. Maroon 5 is the main reason why.

It was February 4, 2006, and I was seventeen years old (not indie/early enough?). I went to a Coldplay concert in Los Angeles with my friend, and while I knew that Fiona Apple was the opener and thought that was pretty cool, that was pretty much it. I was aware of her, but in my mind she was lumped in with the rest of the adult alternative female singer/songwriters that mirrored Counting Crows to me, and I was too coked up on Incubus, The Strokes, and Coldplay to care about any other music outside of the local KROQ station in the early 2000s. I came to the concert for Coldplay. I was fat, had ugly hair and no makeup (a trend which I unfortunately continued until mid 2010, minus the fat part, which I still am), and I didn't care about getting there in time for Fiona. However, when my parents dropped my friend and I off (oh, pre-licenses!), we happened to arrive in the middle of Fiona's set. My mind pretty much exploded. Further proof that I would commence my lifetime of love for Fiona was when, during the intermission between Fiona and Coldplay, my friend and I were hungry and set off to the concession stand for some nachos. I was also a pretty big Maroon 5 fan at the time, and saw two of the members, James Valentine and Jesse Carmichael, also waiting in line a few people ahead of us. At that time, I hardly saw any celebrities, especially celebrities I loved, especially in such close proximity, so I was minorly freaking out. I can only guess the pores on my face expanded in size as my eyes widened in freakoutdom, as did the possible cheese stain on the same black hoodie I wore everyday #2006style 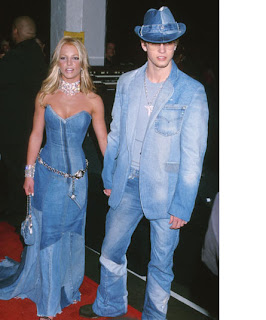 Anyway, for some reason starting from this time up until 2011, I was pretty good at attempting to meet/talk to celebrities, although always scared, but somehow my friend convinced me that I should go up to them. So after we got our nachos, I did, and they were the nicest people on the entire planet earth. They asked us our names, and how we liked Fiona Apple. "I've never really listened to her before, but she was really good," I told them, nervously smiling. "Oh my god!" James nearly-shouted. "She was amazing. You should definitely start listening to Fiona. Listen to her albums, they are so good." James then asked me if he could have some of my nachos, so I happily said yes, and the both of them continued talking to us for a few more minutes while one of the nacho chips fell out of James' mouth as he was talking. 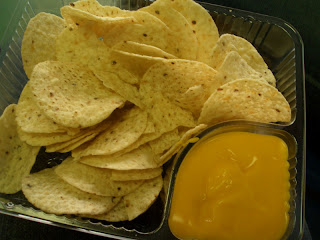 But anyway, that was it. That sealed the deal. That weekend I went crawled back into the depressed dorm room I lived in at the time, trolled indie_exchange on LiveJournal, and downloaded all three of Fiona's albums at the time. I have been pretty obsessed with her since then. The only thing I regret from that night is not telling James I love him guesting on Jenny Lewis' solo record because I also love Jenny Lewis, god dammit.

Anyway, Fiona's presence in my life since early 2006 has been an interesting one. While she constantly remained my favorite singer, she was there for the rough times: my sudden and quick obsessions with Donald Glover and Death from Above 1979, my realization that the word "snatch" is a euphemism for a"vagina", her competing with Rufus Wainwright as one of my favorite musicians of all time, and of course, the less funny, obviously bad times. I listened to "To Your Love" and especially the chorus multiple times while in deep, friendless depression in college. I sang "It ended bad, but I love what we started" from "Parting Gift" over and over again and related it to toxic platonic relationships with friends, I cried while listening to "Never Is A Promise" because I knew that song was written about me. And now that I'm older and still depressed in different ways, mostly relating to love and breakups, I still relate to her just the same. "How can I ask anyone to love me / When all I do is beg to be left alone?” from one of her new songs, "Left Alone" leaves me reverting back to the ugly fat girl sitting alone in the computer lab in college, eating a ham sandwich (in a good way). I still feel the same, and I'm glad Fiona is still there for me.