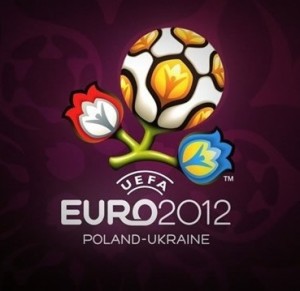 The Euro 2012 tournament got underway with the first group A games, Poland vs. Greece and Russia vs. Czech Republic. As you may know, the tournament has been surrounded by controversy because of the Ukraine's human rights abuses and treatment of Yulia Tymoshenko and the racist chants and attacks at a Dutch training session. While I disagree with UEFA's assertion that we should put aside the incidents until the tournament is over (I'm not sure we can ignore them JUST because the tournament is on or, at least, I can't) I am looking forward to it and hope it won't be marred by more incidents like those. However, I also think it's futile for world leaders to threaten to boycott the tournament. The thing about football is that people fucking love it all over the world. Tymoshenko could be being whipped in a fan's front room and they'd still watch the game and ask her to keep the noise down.

When I watch world football I like to imagine what each country's leaders may have said to the squad as a pep talk or, in some cases, a warning. Take Russia, for example. If Putin had a meeting with the squad I reckon it might have gone like this: 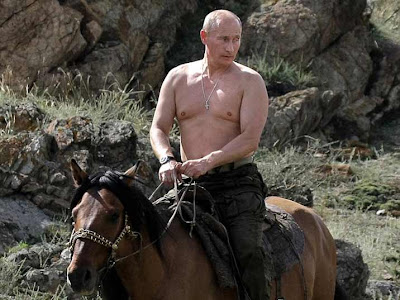 Putin: Alright lads. You better win this tournament. Or I'll wrestle you all. You know I will. You've seen the photos of me with various animals. Dominating them. I'll do it to you. Naked. In oil.
Even though Putin's pep talk(?) was probably awesome, my money is on Italy this year but only if Mario Balotelli stops being so weird on the pitch. He can carry on being weird off the pitch. You may have read about his day trip to an Italian women's prison because the gate was open? No? How about when he gave £1000 to a homeless man in England just because? Or the time he threw darts at Manchester City youth team players because he was bored? All are true! He's a good player but he gets in trouble because of his short temper on the pitch. Hopefully that won't happen at the Euros and he'll win me a bit of money like Russia did tonight. I won a pound of my dad because I said Russia would win. High rollin'!

Although I’m English, I don’t hold much hope for an England win this year. They don’t want it enough. They’re too in love with their depictions of themselves and ‘lions’ and ‘heroes.’ They think the other teams should just roll over and let them win. I’ll still be happy if they do win though and I’ll pretend this was written by a different Daryl and that I knew they’d win all along. That’s how we roll!

Who do you think will win it this year?