An Interview With the (Somewhat Secretive) Sally Shapiro 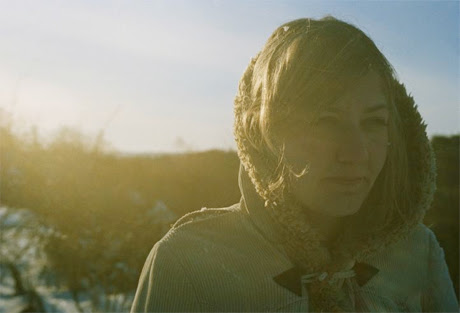 Sally Shapiro is a delightful electronic act from Europe I have loved from the getgo. Their music just transports me to another world. A better world! It's some of the dreamiest, most beautiful synthpop I've ever heard. Seriously:  listen to her. You will not be disappointed, whatsoever.

Currently, Sally and her cohort, Johan, are working on their follow-up to the impeccable Disco Romance. While recording it, in Lund in Sweden (!!!), Johan relayed to her a few of my questions regarding the process, their reputation and whether or not she's REALLY done with the whole live gig thing. Read on to see what that's all about:

UC:  How's the work on the new album coming?
Sally:  We've been working on it the latest year here in Lund and most of it should be done. We look forward to the moment when we finally have an album. However until then we can't promise anything.

UC:  How would you describe the sound of the new album and what inspired it?
Sally:  We've been described as an italo disco project, but we wouldn't say the production on the new album is very italo disco. There are influences from indiepop, trance, IDM, electronic funk, 80s pop, euro dance, ambient and so on. However probably we're just "home blind" and people will call it an italo disco album anyway.

Also, even though the production is varied, the songwriting style remains pretty much the same. Maybe you could call it melancholic italo disco songs with a more varied production than earlier. The direction of the production is the logical step after Johan Agebjörn's album "Casablanca Nights", for example Le Prix (who co-produced some songs on that album) is involved on some tracks on this album too.

UC:  What can Sally Shapiro fans anticipate in coming months from the likes of Shapiro?
Sally:  New music, hopefully!


UC:  There's a shroud of secrecy around Sally Shapiro. In today's overexposed culture, why is that?
Sally:  I (Sally) am just not so comfortable with revealing details about my private life. Since I don't perform live either, maybe it gives people that impression.

UC:  Will Sally never really perform live again?
Sally:  No. I (Sally) tried to stand on stage during a few DJ sets, and I didn't like it. Johan DJs sometimes with our music but he's a father so he doesn't go on tour, only some DJ sets every now and then (recently at the Exit festival in Serbia).

UC:  How did you guys meet and end up collaborating?
Sally:  We worked in the same office (a youth environmental organization) in 2001 and became friends. In 2004 we discovered our common love for 80s disco and swapped a few mixtapes. After singing Christmas carols together in 2004, Johan asked Sally if she wanted to sing on our first track, "I'll Be By Your Side." It went so good that we kept doing music together.

Thanks very much to both Sally and Johan! Personally, I can't wait to hear what they do! Check her/them out! ﻿