Top 10 Reasons to Get Excited for the Olympics: #8 Yordan Yovchev 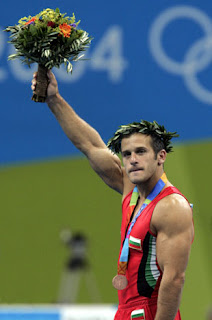 Top 10 Reasons to Get Excited for the Olympics: #8 Yordan Yovchev

Training for the Olympics is a lifelong commitment and undertaking. It is something that I, and billions and billions of others, will not fully experience in our lifetimes. Many are fortunate to compete in just one single Olympic Games.

Then, there is Bulgarian Gymnast and Ring Specialist, Yordan Yovchev (also spelled Jordan Jovchev). There is a story that he came to USA in 1996 for the Atlanta games, and along with several other Bulgarians, he tore up his plane ticket for return and began training in USA, yet still competing for Bulgaria.

In 2004, Yordan Yovchev took silver in the men’s rings at Athens, just missing gold by a hair to Greece’s Dimosthenis Tampakos. A controversial outcry was launched from many judges and spectators, which demanded that Yovchev should have earned the gold. 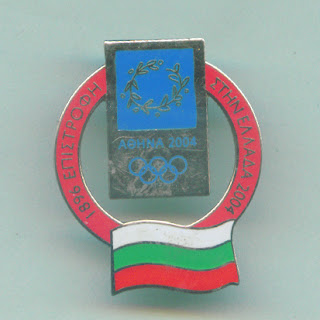 After not medaling in 2008, things might seem a little down for Yovchev, but what do the years have to do with anything?

Yordan Yovchev will return in 2012 and break the record by competing in 6 Olympic Games as a Gymnast. Most can make it only once, if that, but making the Olympic Gymnastics Team 6 Times….doesn’t sound like a cakewalk. 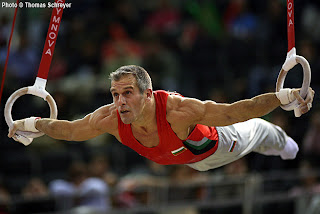