Top 10 Reasons to Get Excited for the Olympics: #6 Team Somalia 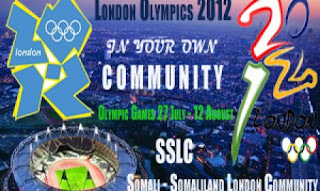 Top 10 Reasons to Get Excited for the Olympics: #6 Team Somalia

In a far off place that has been ravaged by war, terrorism, and famine, Somalia endures on the most brutal forms of living conditions, yet they still make an effort to represent their country at the Olympic Games. In many countries around the world, the training facilities are some of the most well-defined and technologically advanced.

The Somali Olympic Training life is documented in this article from Daily Times:
Facilities are a far cry from the first class treatment that characterises life for star competitors from other nations. Years of war left training facilities in ruins. “We are suffering from hardships, constant war, lack of finance and hampered by poor facilities,” said Somali Coach Abikar. In the team’s base, a former primary school abandoned during fighting between rival militia forces in the capital Mogadishu. “We have no personal doctors and in case the athletes get sick, they have to seek general treatment in Mogadishu,” he added. The athletes, aged between 18 and 20, have spent the last six months in camp, but life has been far from easy. 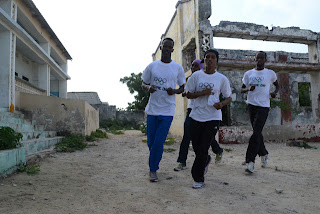 This year Somalia will have two athletes to represent the African Horn nation, both competing in Athletics/Track Running.

Zamzam Farah is only 18 years old, and represents the female athletes of Somalia.
“Somalia has had no real government for the last 20 years, but determination, good fortune and hope will take us close to victory,” she said.

Training for the Somali women has not been easy. DT also reports that they constantly do their running in long pants as well as head and body coverings.
Although, not on the official list, there is speculation that Somalia might send 4 athletes (2 men /2 women) instead of just two. Either way, send some strong support for Mohamed Hassan Mohamed and Zamzam Mohamed Farah. 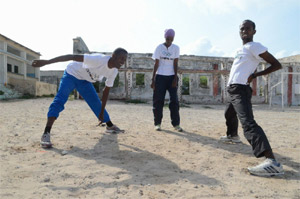 Questions for You:
Why doesn’t Somalia have a sailing team?
There are so many stories of Somalia and Pirates, would it not make one of the best Sports Stories ever if the son of a pirate won the Olympic Gold for Sailing and ended terrorism and crime? That was  the subject of a novel I was going to write, but then, I realized I don’t know anything about what it feels like to live in Somalia, have a pirate for a dad, or boats.