Top Ten Reasons to Get Excited for the Olympic: #9 The Cuban Black Team 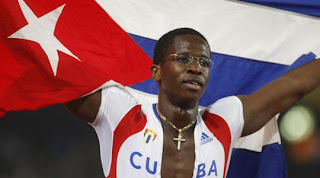 Top Ten Reasons to Get Excited for the Olympic: #9 The Cuban Black Team
As the Olympics approach, many people have ideas in their minds of certain Olympic teams. For example, the Greeks always give a prideful walk-off into the arena. The Russians are intense and monstrous. The Romanians are starving Gymnasts. The Americans are prideful. The Chinese have no choice to win or they get the belt, but one of the single most entertaining countries in the Olympics to watch is the Cuban Team.

This is the time of the decade when Cuban athletes step away from their Communist Island and pretend to make friends with the world for at least one month.
The Cuban team usually presents hundreds of competitors for the Olympic Games. They are always cheated by the refs, and they are also always black.

What the fuck does that mean? 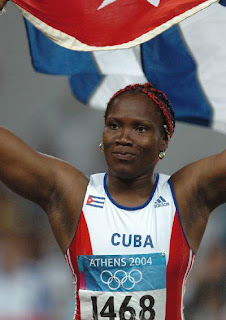 Yes, the Cuban team is always made of black people, and usually they compete in martial arts where they beat people up.Such as the famous 2008 Incident regarding Angel Matos, a former Olympic Gold Medalist, who decided that he was not only going to beat up his opponent in Taekwondo, but also a referee. 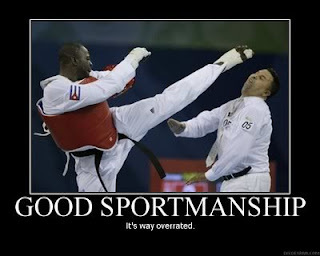 Well, let’s see if that doesn’t get you a lifetime ban Matos.

Anyway, this year’s Olympics should prove to have a very strong presence from the Cuban team…and who knows?

Questions for You:
Did you think I was serious when I said that Cuban athletes are only black?
I mean, come on…that’s a joke.
At least 4% of the team is miscellaneous.