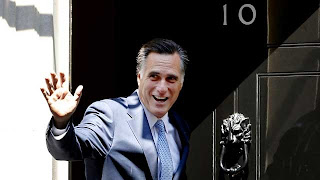 Hey, are things not ridiculousness enough?
It turns out that zero percent of Black People want to vote for Mitt Romney. There is not a single black person in the entire country that supports the Republican for President in 2012.

The only black people that are supporting Mitt Romney and the Republican party for president are the margin of error.  Talk about unpopular.

Questions for You:
Are you surprised?
I am not. Most people don’t care about elections…..irony for a post topic.