So I was at the bar enjoying a drink with a couple of girlfriends the other evening when it happened. I was attempting to check the score of the Raven’s game when I unintentionally met the gaze of an older gentleman sitting directly in front of the projector screen.

He gave me one of those head nods and threw me a smile. I looked back at my friends and attempted to keep my gaze firmly affixed on the table in front of me. A very close friend of mine was moving out of state and we were all enjoying one of our last evenings with her. I managed to avoid his gaze for the next ten or so minutes when the bartender approached with a shot “from the gentleman" who was now making his way to our table...

When I was younger I used to think it was really cute when some guy at the bar would buy me a drink from across the room. I realized it was one of those "ice-breaker" moves and even if I could tell this person was not my type, I would engage them in friendly conversation. It was, what I thought to be, the nice and decent thing to do. After all he did present me with a gift. 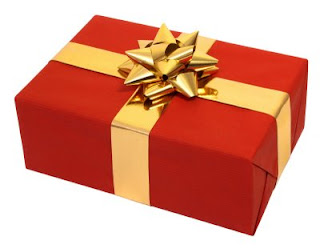 For a while I tried to be sensitive. I tried to put myself in his and every other guy's shoes. I realize what a risk it is to go out on a limb and make first contact with someone you have only observed from afar. But there are a million better ways to do it.

I did not ask you to buy me a drink. If I wanted a drink I would buy it with my own money just like I did for the three I had prior to your arrival. I do not want the “whatever” shot you asked the bartender to send to my table because, had you taken a moment to observe, you would have noticed I have been drinking gin and tonic all evening. I am not here to have a slurred conversation with you, random guy.

And who positions themselves directly in the middle of a projection screen on game night AND THEN proceeds to watch WOMEN’S SOCCER on a different TV across the room?

I don’t want to appear too presumptuous. Perhaps you were not hitting on me at all. My mistake. Did I look thirsty, random guy?  Did you see my chapped lips and think, “gosh, that girl needs a drink STAT?” IN THAT CASE THANK YOU. But perhaps water would have been a better gesture. Alcohol dehydrates.

I would say I appreciate the gesture, but that would be a lie. I don't. And I don't want to give you ANY false hope to cling to.

Your action is archaic. You have presented me with an obligation of conversation. You have taken time away from the people I CAME WITH and danced around like a toddler demanding my attention. I find you no more creative than the alley cat who leaves dead mice at my door step. You have not impressed me with your tribute.

You know what would impress me? Walk over and ask how I’m doing.  Not only is it free, but it also presents you with an air of confidence. And confidence is attractive. You know what is not attractive? Sending random sh*t to strangers.

By walking up and engaging me in conversation you can determine pretty quickly that I'm not interested and spend the $2.50 on a drink for yourself because you earned it braaaaa. Rejection Sucks.