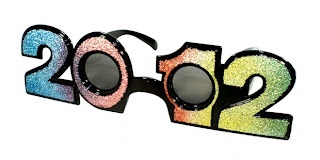 I just can't stay silent any longer.  2012 was a very, very great year, in a very, very minute number of ways.  I must count them.  My voice must be heard.  I love music and I am a human being!


1) Sabaton - Carolus Rex
I spent quite some time on Amazon.com, playing samples and mentally debating whether or not to order this album.  The samples seemed okay, but I just couldn't get a good feel for it.  After having done so and listening to it many, many times, I am very glad as a result.  I was originally fascinated by the alternative cover art (Sweden-only edition, featuring a version a second disc with all the lyrics in Swedish), and the fact that the album's concept was Swedish history.  Every song on this album is catchier than all heck, just great Swedish power metal.  You can hear some of the album and have a little strategic fun playing the Swedish Empire Game.

2) Nocturnal Poisoning - Other Worlds of the Mind
A one-man, acoustic-only guitar album with scarcely any other instruments, Other Worlds of the Mind is tough to describe.  This is the kind of stuff where you just need to close your eyes and let the album take you places.  I bought this one blind and it was certainly worth my while.  The artist rejects genre labels, but uses a flatpicking and fingerpicking guitar techniques.  Facebook.

3) Orden Ogan - To the End
Someone on Metal Archives said this was better than anything that Blind Guardian has done in the last 20 years.  It's not, because Blind Guardian is infallible, but this an awesome album.  Great, poppy power metal you can sing along with.  Orden Ogan hails from Deutschland, and this particular album circulates around the themes of winter, ice kings and the like.  Very appropriate for a late 2012 release.


4) Mgla - With Hearts Towards None
Mgla is a black metal band from Poland.  The album has a gritty feel and steers clear of the realm of unlistenable, repetitive blasting.  The tracks march forward at a somewhat slower pace for extreme metal and are filled out with soaring, melodic guitar.

5) Ryan Williams - My New Hat
Some really nice acoustic numbers from a local Pittsburgh singer/songwriter, downloadable at "name your own price" here.  I'm still waiting to get an opportunity to catch a show and buy a physical copy of this one.  I saw Mr. Williams perform some original songs with MJ Doe and the No Name band at this year's R.A.N.T.  Songs like "How'd You Get Here" are not only very memorable, but also very honest and touching.


6) Neil Young and Crazy Horse - Psychedelic Pill
The Crazy Horse formula has never seemed overly complicated and has earned the group scorn in this particular case from a reviewer claiming the title track uses the same chords as "Cinnamon Girl."  It certainly seems to, and this is no sin in my eyes as "Cinnamon Girl" is a favorite of mine.  The real sin is the guitar phaser effect used on this track to skew the sound.  Though the same track is available on disc 2 in pure form, I'd personally prefer not to have to burn my own version to correct this, or -- more appropriately in Neil's eyes -- rearrange the files in a lossless playlist on my PONO.  Aside from this gripe, a solid Horse effort.  "Driftin' Back" and "Walk Like a Giant" are the kind of long-ass psychedelic jams I have grown to love from this group.

Sometimes my ears perk up when I hear a band is from Finland because I feel like there's a chance it won't be a carbon copy of something else.  That being said, it's hard to call Desecresy's sound innovative.  The band has a very basics-ish approach to death metal.  It's not that fast, doesn't have any of that Egyptian bullshit.  These songs just lumber along like some indiscernible mass just spreading out and sucking everything under.


My favorite live performances of the year!

1) MJ Doe and the No Name Band at R.A.N.T.
My first taste of bluegrass, as a I went with a friend on a whim  to the Rock all Night Tour concert series in Lawrenceville, I immediately fell in love with the genre.  The sad thing is, I was album to find almost nothing from this band online after the fact, save a few YouTube videos.  Highly recommended.  Facebook.

2) The Lone Pine String Band at Hambones
This band plays for free every other Monday night at Hambones in Pittsburgh.  Unfortunately I am working that shift on any day that isn't a holiday.  I've been lucky enough to catch them twice and was very impressed both times.  Their renditions of "Pretty Girl, City Lights" and "Big Sciota" are instantly memorable.  Website / Sample Downloads.

3) The Shelf Life String Band at Hambones
Shelf Life is another local bluegrass band that plays free shows at Hambones.  When I was lucky enough to catch a set, they did some very nice renditions of Radiohead's "Creep" and Dusty Springfield's "Spooky."  Website.

4) Mon River Ramblers at Thunderbird Cafe
The Mon River Ramblers are a local bluegrass band and, this being their Christmas show, they also regaled the audience with some hilarious a cappella renditions of holiday songs in true Pittsburgh fashion.  "Santa's goin' to the Su-u-u-per Bowl!"  They also very kindly gave away copies of a free X-Mas disc they have compiled.  Well worth the five dollar cover.  Website.

5) Neil Young & Crazy Horse at Peterson Event Center
Neil Young is my favorite artist of all time, and I am very blessed thanks to have had the opportunity to see him.  Also, many thanks go out to a co-worker who was able to trade shifts.  This show took place before the release of Psychedelic Pill, so it was my first time hearing a lot of the songs the horse played.  I was no less than thrilled to hear "Powderfinger" live, and was impressed with the new "Walk Like a Giant."  There are an endless number of songs I would have liked to have heard, but that's what you get with such a prolific artist.  It was a treat to hear an acoustic "Needle and the Damage Done."