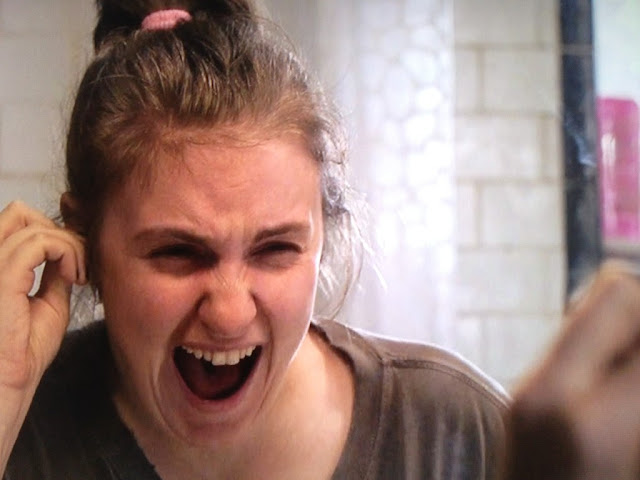 Girls
Episode 9
On All Fours

This episode continues the trend of everyone making the best decisions possible. Okay, not really at all. Everyone makes the bad decisions at the worst possible time. It was brilliant to watch, and made me feel a bit better about my own life. Hannah counts and swabs, Marnie sings, Shosh continues to be Shosh, and Adam...well, you’ll see.

Adam and his new girlfriend Nat seem to be getting along well. She’s decided that they can go ahead with the sex now. And she’s very matter-of-fact about it all, which is refreshing to Adam. “What other way is there?” she responds. 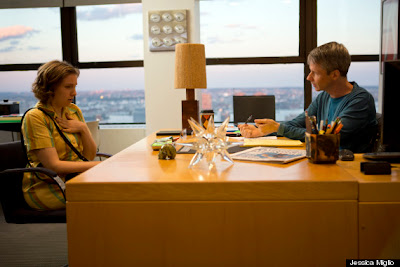 Hannah, meanwhile, visits David (John Cameron Mitchell) and gets her counting and butt-picking out of the way in the elevator. Surprise, surprise, he doesn’t like the pages she sent. “Did your hymen grow back?” he asks. He wants sexy pages, real or not. Maybe turn it into a novel?

Shosh and Ray are having breakfast. Or is it a tea ceremony? What with all the “geisha shit,” according to Ray. And is he wearing a robe with a bunch of awful peace signs on it? I cannot wait for these two to break up. 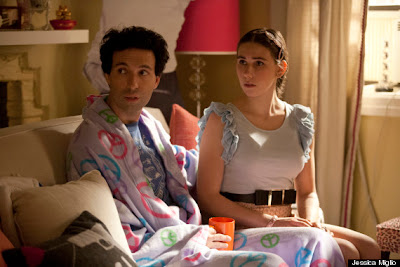 Marnie is walking around the apartment caterwauling. And she pleads with Ray to help her “lay down a track” (ugh) on Garageband. Don’t worry, I’m sure whatever she’s planning doesn’t involve Charlie and won’t involve me hiding my face. Oh wait...

Hannah works on her novel in her undies on her apartment floor, eating olives. She repositions her ass and screams. Splinter in the butt! And it looks pretty nasty. Commence me cringing at the thought/sight of it. I notice this is a running motif this episode: make Kurt cringe in discomfort.

The real title to this episode could very well be “Marnie, what the fuck are you doing?” She goes to visit Charlie at his office. Apparently they had lunch plans that he forgot. He’s just excited his app got a record-breaking amount of MAUs (Monthly Average User, I think). And to make up for lunch, he invites Marnie to the party they’re having to celebrate the occasion. I mean, sure, why not invite your psycho ex to every event? I don’t have any psycho exes, but if I was having an event, I’d certainly ask them to attend. For flavor.

But back to the continual downward spiral Hannah is in. She tweezes the splinter out and decides it would be a good time to swab the shit out of her ear. And she stabs her ear drum. Because Hannah. Can’t say I’ve ever had issues with my ears, but I can imagine that would really fucking hurt.

Naturally, she calls her parents. “Nothing bigger than your elbow!” her mom yells into the phone. Sage advice after the fact. They tell her to get to the ER. And she does. Is it just me, or does this whole ordeal seem like a cry for attention? Or a way for her to avoid writing?

The ER doctor is hilarious. Maybe even the funniest part of this episode. He patches her up and sends her on her way.

So of course Charlie invited Shosh and Ray to the party. Because clearly Marnie wasn’t enough awkward crazy for him. Ray is his usual asshole self, and Shosh is, well, Shosh. I don’t think there’s an accurate descriptor for her. Let’s call her “moody and guilty over the whole making out with a doorman thing.” I just want them to break up already.

Marnie, crazy as all get out, accosts Ray about her voice again. Then, when she gets validation from him, switches out the music and sings a goddamn mashup for Charlie.
That’s right. She turned a Daft Punk song (and others) into something unholy. I guess in a certain light this is funny. But all I was doing while watching it was burying my head in my hoodie, waiting for the crazy shit-storm to pass. The show skirts the line between awkwardly funny and downright uncomfortable so well, but this scene has to fall into the latter. I was beyond uncomfortable watching it.

After the song, Charlie and Marnie have a talk in his office. He wants her to get her shit together. To which I commend him. And then he fucks her on his desk. Does anyone on this show have even a shred of common sense?! Both of you: stop.

But wait! More—but decidedly less—awkwardness comes to us when Ray calls Shosh out on acting “like an alien.” She tells him about the doorman. And Ray doesn’t seem to care. He hugs Shosh and tells her he loves her. The look on Shosh’s face is the same fear an animal gets when they’re caught in a bear trap. I think she’ll be gnawing her leg off soon enough.

Elsewhere, Adam and Nat go to her friend’s engagement party. Adam meets Amy Schumer and feels awkward around all the normal people. I know what that feels like. Nat is worried about drinking in front of him, but Adam doesn’t care.

Hannah happens to walk past the bar when Adam is hanging out front. They have some small talk, Hannah relates her q-tip story, and Adam breaks the news that he has a girlfriend.

He says goodbye to Hannah and then joins Nat for a few drinks. Then they go crazy at the bar as Fiona Apple plays in the background.

They go back to Adam’s place, which Nat finds super-depressing. She talk about cleaning and organizing when Adam tells her to “get on all fours.” Reluctantly, she does. “Crawl to my bed.” Asking her to do so is like asking her to walk a tetanus minefield. She also does this, mumbling complaints under her breath. Everyone is cringing at this, right? It’s not just me?

He asks her if their relationship is over, but she doesn’t answer. Clearly he did that on purpose. Also because no one on this show can be happy.

Hannah gets home and finishes what she started on the other ear. 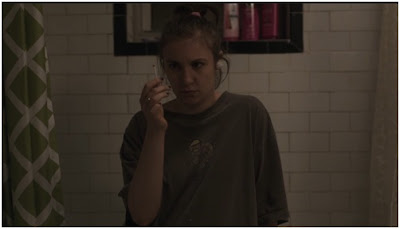 So no one got what they wanted this episode. One could argue that Marnie did, but come on, that is such a toxic relationship. Adam is still not over Hannah, Hannah is still an OCD mess, Ray and Shosh are just tragic. I hope Jessa is having a good time in France or wherever she’s wound up. Maybe her and Elijah are off having fun somewhere.