The Fifth Annual "Bitch, What Were You Thinking Awards?!"

June 13, 2013
Hey-o. At this point, it appears these awards will become a regular event.

The month of June, I've decided to celebrate the Colossal Ego That Is Kanye West.

I like Kanye generally. He's kind of obnoxious but he's pretty talented. He just is one of those people who don't realize they need a filter or to think before they spew words out.

However, his interview with the New York Times- HOLY shit.

For you.
For what’s right. I am so credible and so influential and so relevant that I will change things. So when the next little girl that wants to be, you know, a musician and give up her anonymity and her voice to express her talent and bring something special to the world, and it’s time for us to roll out and say, “Did this person have the biggest thing of the year?” — that thing is more fair because I was there.
Seriously: What the FUCK does that even mean?

- He is the nucleus.
- He belongs to a class that consists of 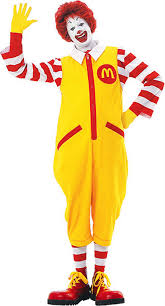 He also believes Henry Ford is an influential figure of the past decade, which is totally true because the assembly line revolutionized 2008.

I would have a ton more respect for Kanye if he didn't confuse his butthole for a mouth. Arrogance is not appealing or attractive. Arrogance and confidence are two completely different vessels, bb.

He also makes it know he doesn't regret his brassy actions in the past. Arguably which would be singing on "808s and Heartbreak." You know what? That's my favorite Kanye album.

This is all going down as a story emerges he may have cheated on Edward Snowden Kim Kardashian! :O

But this "American Psycho" video concept is kind of cool.