Guest Writer- Thorsday Is Almost Upon Us


I’m counting down the days until Nov. 8 2013. Seriously. I have a countdown on my calendar. Why? What’s so special about Nov. 8? If you don’t know, we probably can’t be friends (okay, not really). Nov. 8 marks the release date for Marvel’s next superhero film, "Thor: The Dark World."
In case you couldn’t already tell, I’m dying. Thor is my favorite of all the Avengers and I adored the first film, released back in 2011. It was action packed and had a stunning cast to go along with a fantastic director. Plus, let’s be honest, Chris Hemsworth is quite nice to look at.
This sequel is supposed to take place approximately one year after the events in "The Avengers." An ancient civilization, known as the Dark Elves, are trying to take over the Nine Realms and it’s Thor’s task to stop them. Leading the Elves is Malekith the Accursed (played by the amazing Christopher Eccelston, a.k.a. the ninth Doctor Who). He’s on a path of revenge and his plan is to bring darkness to all the realms. Thor must recruit the help of friends and family to stop him.

I think we can expect this film to be as full of action and excitement as any other Marvel film. Most of the original cast is returning (minus Josh Dallas, who played Fandral), but the new cast additions seem like fantastic choices. I’m also very hopeful for the new director, Alan Taylor (He does a lot with "Game of Thrones," so he’s okay in my book). The plot seems solid and I’m looking forward to seeing how it plays out. Of course, there are some things beyond plot that I’m dying to see. I can think of one thing in particular: Loki.

I will say that Thor is my favorite Marvel Avenger. But I have to admit that I love Loki way more than I love Thor. Not that that’s a very surprising admission. Loki has practically taken over the internet since Thor and The Avengers. Even if you don’t like him, chances are he’s crowding up your dash on Tumblr. (he is- BK)

The fact that Loki is such a complex and interesting character is a huge draw for me and many others. Plus, Tom Hiddleston. If you didn’t know his name, Loki is played by the very talented British actor, Tom Hiddleston. I kind of think he’s the greatest thing since sliced bread. He portrays the mischievous character so well, and he has a nice face (and hair, and eyes, and… everything).

We are told, however, that Thor is recruiting Loki to help him take down Malekith. The buzz is that people are hoping for some redemption for Loki in this film, and I agree that would be cool, but it’s Loki. He might help Thor out, but I wouldn’t be surprised in the slightest if Loki has something hidden up his sleeve. In fact, I might be a bit disappointed if he doesn’t.
As far as other aspects of the film goes, I’m hoping that they will elaborate a bit more on Thor’s relationship with Jane. I love Natalie Portman. I think she’s fantastic. But I felt that her character had almost no chemistry with Thor. Their relationship was awkward and just didn’t seem to fit. Hopefully this next film will fix that, because I love both characters. I just wish there was more there.
As for some of the other characters, I’m very excited that Darcy (played by gorgeous Kat Dennings) will be returning in this film. Apparently they’re expanding her part in this one and I can’t wait. She was hilarious and offered the perfect amount of comic relief in Thor, and I can’t wait to see what they plan on doing with her character. 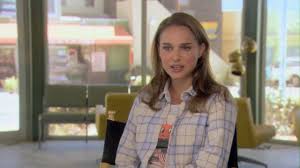 I feel the same way about Frigga, Thor’s mother and played by Rene Russo. She was in the first film so briefly because they had to cut out a lot of her scenes. There is supposed to be some outstanding character development for her in this film. And apparently she’s got something to do with Loki’s story line. It was revealed that Loki is going to need his mom this time, and I’m dying to see why. It’s probably going to break my heart.

Clearly I’m looking forward to this film. I have high hopes for it and feel that I will not be disappointed in the slightest. I’ve even already convinced my friend that we must see it at midnight on the day it comes out. November cannot get here soon enough. And, just in case you were wondering, by the 31st of July there will be exactly 100 days until "Thor: The Dark World" is released.