"Thor: The Dark World (A.K.A. The Film That Ruined My Life)" 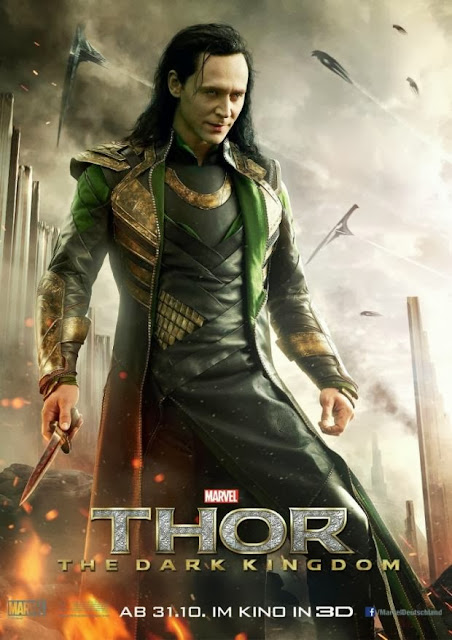 The countdown is over. After an entire year of waiting for Thor: The Dark World to be released, it finally arrived. The first thing I have to say about it is that I am dead. This film seriously exceeded all my expectations. It was everything I hoped it could be and more. Which is good considering the fact that I spent an entire year fangirling and dying for it to come out.
The film hit theatres on the eighth of November. Naturally I was there on the seventh. My tickets for the film had been purchased in early October and I was slated to see an advanced screening of it at 10 instead of having to wait until midnight. My life was made. 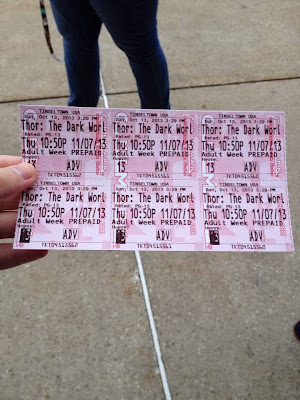 (I died when I got my tickets.)
In short, the film is set two years after the first Thor film. Thor is traveling the nine realms trying to make peace and prepare himself for his future as the king of Asgard. Jane Foster, his love interest, is still on Midgard (Earth) and hasn’t seen Thor since New Mexico. Loki (the precious darling of a god) is locked in the dungeons on Asgard for trying to take over Midgard and leading an army of Chitauri. Things go awry when the Dark Elves, led by Malekith, start to wreak havoc. 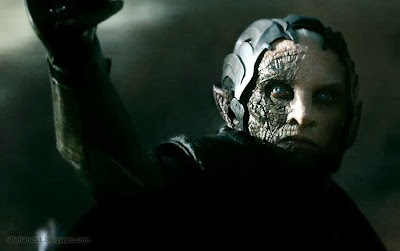 It’s a pretty standard plot for a Marvel film. There’s the hero, the bad guy, the love interest, and plenty of explosions. When you put it all together it makes for an action packed film that’s enjoyable for most people. What makes this film different? It completely smacks you in the feels.
I knew this movie was going to be sad at times, because Marvel films tend to play the emotions just right (I’m thinking specifically of the first Thor when Loki discovers his true parentage. Ouch). However, at times, this film really takes it to the next level. It evokes so much emotion and compassion for the characters. The character development is fantastic. It expands on the relationship between Thor and Loki and even expands on the relationship between the brothers and their mother. I won’t give anything away, because that would be cruel to anyone who really wants to see it, but there is a seriously powerful amount of emotion in this film. I’d suggest taking a box of tissues to the theatre with you if you’re a weeper like I am.
The best thing about this film was that it wasn’t just an emotional sob fest. The writers for this script found the perfect balance between emotion and comedy. Seriously. It probably should have been called Thor: The Sassy World, because the amount of sass in this film was hilarious. Not to mention the unexpected cameo that pops up at one point. I laughed until I was crying. It offers something for everyone.
Not to mention the absolutely stellar cast. Chris Hemsworth and Tom Hiddleston reprise their roles as Thor and Loki. Those two will never not kill me. Aside from the fact that they are fantastic actors on their own, when they are together they really complement each other. They make a great combo. I was also pleased to see that Natalie Portman was much better this time around in her portrayal of Jane. I wasn’t so Jane crazy in the first film (especially with the lack of chemistry between her and Thor), but I thought she stepped it up a lot for this sequel. That was a pleasant surprise. 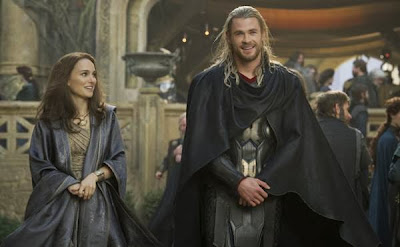 The rest of the cast includes, once again, Anthony Hopkins, Renee Russo (I was thrilled that she had a bigger role in this film), Kat Dennings, Stellan Skarsgard, Ray Stevenson, and Jaimie Alexander. Plus there were some new additions to the cast. The amazing Christopher Eccleston portrayed the villain, Malekith, and Zachary Levi stepped into the role of Fandral, one of Thor’s warrior pals. Josh Dallas originally played Fandral, but Levi replaced him because he had other work commitments.
I could take the rest of this time to gush about the amazingness that is Loki. But I won’t do that to you. If you read my last article, you know how much I love him (too much). So, I’ll keep it simple. He was flawless like always. Hiddleston’s acting abilities have always been incredible, but his portrayal of the God of Mischief is unbelievable. No one else could play him the way Hiddleston does or as well as him.
When you take a fantastic script, like this one, and combine it with phenomenal actors (Tom Hiddleston especially. And I’m not just being biased.) you really can’t go wrong. It makes for an amazing viewing experience and makes for a happy fan like me. 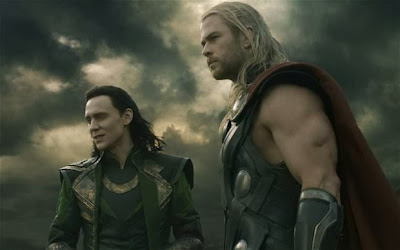 Thor: The Dark World is playing now in theatres all over. Go see it. Seriously. You won’t regret it. It was so worth the wait. Make sure to stick around for ALL the credits! Marvel has always been one for hidden endings, and this film is no exception. Now that the countdown is over, I have to find something useful to do with my time… like go see the film a million more times.