Disclaimer: This year, a lot of music came out. I did not listen to it all.

I stayed far away from Miley, though. Albeit the only time I heard "Wrecking Ball" it made me cry but that HAS NOTHING to do with her talent.

Song That Was Everywhere That Did Not Suck

When I get home, my Mom will be listening to this song (mark my words) and telling me how it is good walking music. I would bet money on this if I was a betting type.

I'm glad Lorde is getting recognized by the Grammys. But:

a.) The Grammys are like a grandma trying to be hip.
b.) SECOND ALBUM CURSE. See: Alanis Morrisette.

I know, somebody is saying "Why can't you be happy for her? She's just a kid!" BITCH I AM HAPPY I'M JUST WORRIED

My personal favorite album of 2013:

The National's "Trouble Will Find Me."

I am sure this comes as no shock. And it was a grower of a quiet masterpiece. I wouldn't say it's their best, but I would put it up there among their top three without any hesitation. This album is what it is: It's not grandiose or overdone or manufactured. It's very organic.

And "Pink Rabbits" is going to become a classic among the weepiest of Elliott Smith/Morrissey ballads. Seriously, the second time I broke up with my girlfriend I used to listen to this song outside my old apartment and smoke and stare at the moon and realize I had no idea what a pink rabbit actually was.

Seriously, this song is one of the most perfect things they've ever done. I'm also kind of obsessed with how Matt sings at live shows. Like he just hunches over that microphone and it's like he's letting you in on a secret.

"You always said I held you way too high off the ground."

Another wonderful thing about this album? It's like a love letter to other bands and musicians.

Other Things That Were Good And Not Miley

How cliche is it to like Arcade Fire? Big ol' cliche with an upper-cased "C."

But this year saw them join forces with James Murphy AKA god.


And "Reflektor" is near-perfect as a result.

Not "Bound 2." I liked "Black Skinhead," but Kanye cannot sing. And that song is sooooo painful. So is the video.

All in all, I didn't listen to this album that much. Kanye West got too intense for me. So it goes. 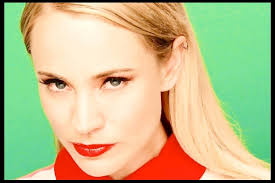 "A&R" was only an EP, but it was addictive and a sample of smart, sophisticated pop music.

The only bad thing is that this was not an album! It was an EP!!!!! However, Annie constantly seems to be recording music and up to all-around amazing stuff so I'm sure we'll hear something in 2014.

By far this sister group is my favorite discovery of 2013. And you have to listen to "The Wire" at least once in your life. I wouldn't call their debut album perfection, but I'd call it "close enough."

(and again with the Alanis jokes)

A lot of people were gabbing about this CHVRCHES band. And you know what? They were onto something good. To me it's like a better Paramore had a baby with the Duke Spirit in Depeche Mode's closet. I hope you like the mental image. ;)


They will be in Phoenix next year! I'd like to go but I think it may get sold out before I actually buy a ticket.

Then, there is my beloved Oh Land and her third album "Wish Bone."

I will always love Oh Land, but I overplayed "Wish Bone." And unlike its predecessor, "Wish Bone" can't be overplayed. That being said, it's still a good album. "Green Card," "Pyromaniac" and "Three Chances" are immaculate. I remain convinced Nanna's best work is ahead of her- and I can't wait to see (hear) what it is.

What's that? I still haven't mentioned Miley Cyrus yet? Good because it's NOT HAPPENING.

Cults came back in 2013 with "Static." I've been listening to this album a lot lately and it still hasn't worn thin.

Which is encouraging because remember their 2011 self-titled album? It was also awesome!

This is my favorite non-National song of 2013. I've already discussed it, but it's called "Mean Streets" by Tennis.

And you know what track of 2013 was surprisingly not bad?

I will stand by that one for eternity.