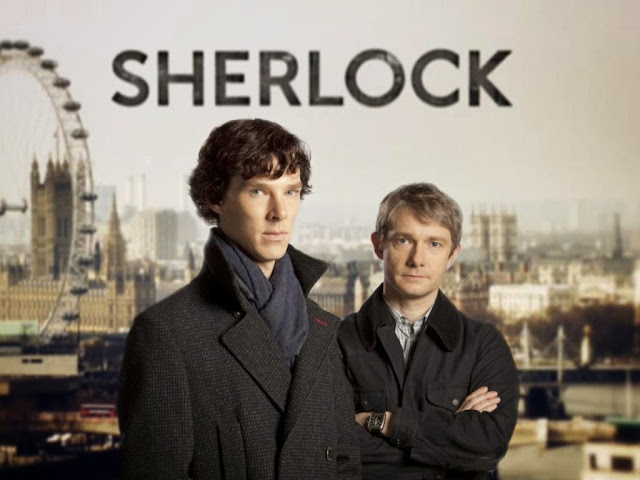 The wait is almost over. It seems like I am always waiting for something. This time I’m counting down the days until series three of Sherlock airs. I started watching Sherlock last year and absolutely fell in love. Aside from having a fantastic cast, including Benedict Cumberbatch as Sherlock and Martin Freeman as Dr. Watson, I love the way they have modernized the Sherlock Holmes story (I know they’ve done this with Elementary too, but I haven’t watched that yet).
In short, the show is set in modern day London. Watson needs a place to live, and through an old friend, meets Sherlock, a consulting detective. The two move into a flat owned by the adorable Mrs. Hudson (Seriously. She’s the cutest.) and start working together with the London police force. Of course, because Sherlock is Sherlock, he always does whatever he can to make Detective Inspector Lestrade and everyone else on the force look like idiots. The show is the perfect combination of seriousness and hilarity. 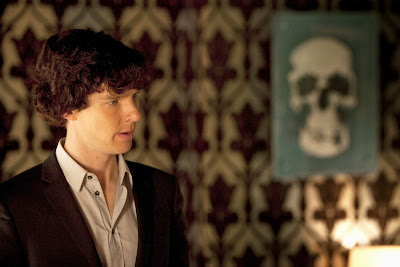 If you routinely watch the show, you will understand why it has been killing me to find out what happened after the last series ended. Sherlock and Dr. Watson have been working together, solving crimes, for two seasons. Sherlock is the sociopathic asshole that he’s always been and Watson does what Sherlock needs him to do and is completely in awe of Sherlock’s abilities. They’ve been trying to find a way to catch the notorious Jim Moriarty, but he eludes them every time. So, why were people so up in arms about the last episode ‘The Reichenbach Fall’? Because everything fell to pieces.
Moriarty found a way to turn Sherlock into the villain, and Sherlock’s only way out was to die. So he did. Or he made you think he did. The end of the episode revealed that Sherlock somehow survived. The question is how? I don’t know about you, but I need to know.
Throughout the show so far, Moriarty has been Sherlock’s main villain. And he’s brilliant. Moriarty is played by the amazing Andrew Scott. He’s the perfect combination of hilarious and completely demented. Or he was… 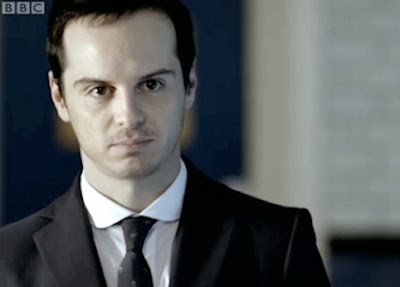 During series two dramatic finale, Moriarty’s time on the show seemingly ended. Is it possible that they’ll bring him back? I suppose it could happen. Is it likely? Probably not. As far as I know, he’s supposed to be back for series three in flashbacks, and that’s the extent of it. Of course, I don’t write for the show. I only know so much. I would be thrilled for a Moriarty comeback. He’s my favorite character on the show. (What is it with me and the bad guys?)
As of now, I don’t have a lot to go on for series three. They are introducing new characters, of course, bringing in Amanda Abbington (Freeman’s real wife) as Mary, Watson’s wife. I’m most excited to see how they explain the fact that Sherlock is not dead and how Watson reacts to this. I’m also hoping that this season will bring back Irene Adler (played by Lara Pulver). She was brilliant in series two’s ‘A Scandal in Belgravia’ and I would love to see her on the show again. There’s one thing I’m almost positive of about the new series: it will not disappoint. 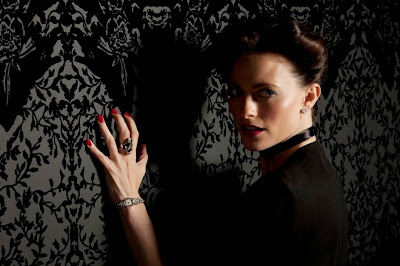 For those of you who want to start watching it, series one and two are available for viewing on Netflix. Watch them! Series three airs on January 19th in the United States and will air for three consecutive weeks, ending on February 2nd. I cannot wait. I need to know how he lived.