January 16, 2014
I have always adored the Oscars, because I love celebrities and I love good movies.


So, as goes without even introducing anymore, here comes your Useless Critic utterly useless thoughts on the nominations, which were announced today.

I don't think any of the Best Picture nominations were surprises. And I'm pretty glad they've kept the category so large. It allows more room for interesting picks (read: abandon hope NOW.)

"Nebraska" has been getting a TON of buzz, arguably the most "dark horse" of all candidates. And let's face it: This race is going to come down to "American Hustle" vs. "Gravity."

Seriously: Where have I been?

I was a bit disappointed about several things though, none of them being Jennifer Lawrence's cleavage.

Ahem. Where was I?

1.) "Before Midnight" only getting ONE nomination. 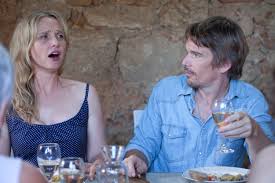 There is so much to love about this movie. It's amazing in a way few films can ever succeed. Julie Delpy plays her part with such deftness. And Ethan Hawke, as much as he tries to plays the misanthrope, is equally amazing. These two feel like a couple who has been in love for quite a long time- and have the moments where they hate each other, but ultimately love wins.


She nailed it. Really. Why was this ignored?!?! I don't get it. What the actual fuck.

Also, why didn't "Her" get more nominations? ScarJo and Joaquin Phoenix deserved some, at least. Although we all know Joaquin doesn't care. 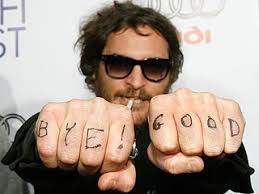 It's nice that "Dallas Buyers Club" is getting a lot of attention, though. It's nice Jared Leto is moving on from "My So-Called Life." Gee, I can't recall him doing anything else all these years.

These things aside, I think the Oscar list for this year is pretty legit, if not good and somewhat predictable. Are you going to watch this year? Do you have any picks? Any problems? Let me know; I can probably do something about it. I'm a very important person.