Awful people are fun to watch.

Look at the most popular TV shows today and you'll find casts full of awful, awful people doing terrible, terrible things to each other. “Orange is the New Black” centers on a stuck-up WASP who cheats on her husband in prison. “Breaking Bad” chronicles a chemistry teacher's descent into dealing meth as he destroys his entire family. “Girls” mocks its own cast, the most cartoonish twentysomethings-of-privilege ever conceived. These shows allow us to laugh at, judge, and secretly wish to emulate those we would, in reality, despise.

While that's all fun, it's nice to see a respite from suffocating meanness. That's exactly what “Togetherness”, HBO's new comedy from the Duplass brothers (well known for “Safety Not Guaranteed”, “The Skeleton Twins”, and “Jeff, Who Lives at Home”), offers: nice, realistic people with nice, realistic problems.

The first episode, “Family Day,” sets up our premise. Brett (Mark Duplass) and Michelle (Melanie Lynskey) are a married couple in Los Angeles with two kids. When Brett's best friend, the struggling, balding, overweight actor Alex (Steve Zissis) loses his apartment and threatens to give up on the California dream, Brett lets him stay on the couch to keep him in the city. Michelle's older sister, Tina (Amanda Peet), also comes to stay in the house after a sudden breakup, and thus our little family is born.

And that's the plot of the show. That's it. Just some people who care about each other living together and going about their intersecting lives. Michelle isn't secretly cheating on Brett because she's grown bored of him. Alex isn't about to suddenly receiving a starring role and become a huge name in LA. The biggest crises presented in the first two episodes are “our sex life is stale,” “I'm overweight and lack ambition,” “I feel alone in comparison to my younger, married sister,” and “I'm under-appreciated at my job.”

There's nothing big about the show, nothing loud, but it just works. For thirty minutes a week—on the same night as its polar opposite, “Girls”—we get to check in with a nice, likable family and see how they are faring against their everyday struggles. No one is a caricature: the aloof sister isn't a mooching layabout, the wife growing less attracted to her husband isn't a callous and unloving bitch, the funny overweight guy isn't a cartoon fat man falling down all day. The idea of a low-key family drama is almost dead in 2015, with only NBC's “Parenthood” having kept alive this subgenre for the past few years. On the Las Vegas strip of television, “Togetherness” is a quiet restaurant with reasonable prices where you can relax after spending the day at magic shows and strip clubs and giant casinos.

An episode of “Togetherness” ends up being a lot like a visit with your family. Not much really happens, and there might be a few little spats during your stay. But much like Brett and Michelle sharing a loving moment of making the same stupid face at each other after an attempt to spice up their sex life ends with a testicle injury, you always settle into that indescribable feeling of comfort and remember what makes being there so special.

Also, does anyone else think Mark Duplass looks like John Darnielle? 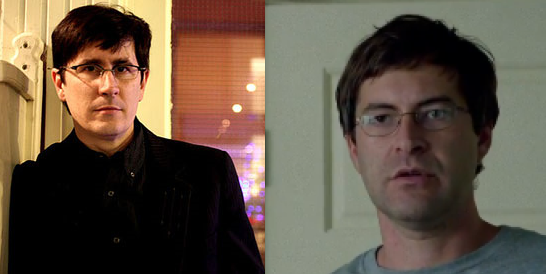