April 04, 2015
I accidentally stumbled upon Sufjan Stevens' lush new album, Carrie and Lowell, while actively seeking ways to ignore its existence. I loooooooooooved 2010's Age of Adz, but it's been about five years and he's not done much for me lately (to paraphrase Miss Jackson). 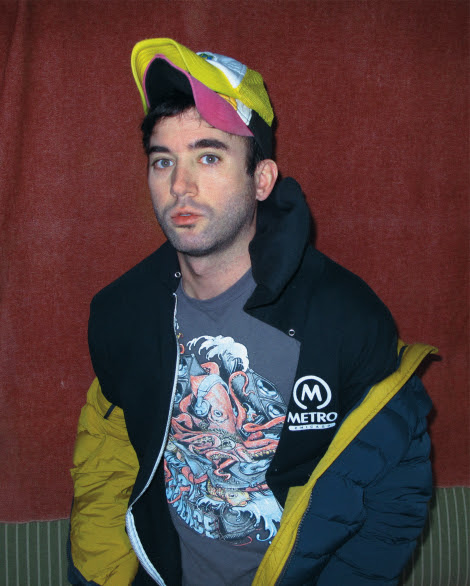 I think what happened with Sufjan and me is that, frankly, he got much too big for me to keep up with. I am now going to sound very pretentious, but: For a group of people in the early-to-mid 2000s, Sufjan was very important and precious. I won't say "figurehead," but I doubt his popularity couldn't have helped usher in acts like Bon Iver and the like.

When he became more - well - ubiquitous in a manner of speaking, some of that value/novelty for me (and perhaps others, I don't know, I haven't asked anyone!) disappeared. And when became a little more outrageously experimental, I was intrigued at first. Then, I backed away, distracted by other musical going-ons of the time.

So back to my original point (because I had one!) Carrie and Lowell came out in late March to positive reviews and considerable fanfare. The album is a step back in an acoustic, stripped-down approach (IMHO this is his forte. The bombastic stuff is good, but sometimes off-putting).

I listened to it the other evening while multitasking and was immediately captivated. It's an album he put together while coming to terms with the death of his belated and estranged mother, who died in 2012. And it's palpable from the first listen: This album is an emotional hand to the throat. It's brutal.

There's a line in "No Shade in the Shadow of the Cross" where he whispers "fuck me, I'm falling apart." I think for anyone who has dealt with grief in recent memory - no matter how small or how vast - that is a line that hits home.

"Fourth of July" and "All of Me Wants All of You" are other standouts.

We currently have this tidal wave of generic singer-songwriters populating music in general, but Sufjan has brought the game to square one. Essentially, he's like the Beyonce of the indie folk world. BOW DOWN.

This is my first favorite album of 2015. Welcome back, Sufjan.