The Pretty Reckless announces new album Who You Selling For

August 09, 2016
New York City-based hard rock band The Pretty Reckless, fronted by actress-turned-rocker Taylor Momsen, will finally return with their third studio album, Who You Selling For, due October 21. This is a band I've rarely written about on this blog, though I've been obsessed with their music for the past two years. Anyway, Who You Selling For is the follow-up to 2014's Going to Hell, which spawned three number-one hits on Billboard's Mainstream Rock Songs chart—"Heaven Knows,"  "Messed Up World (F'd Up World)" and "Follow Me Down"—the most by a female-fronted band since the chart launched in 1981. 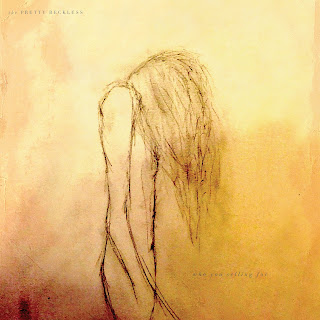 Eh, not a fan of the cover. I'm so pumped, though! The lead single, the '70s-inspired "Take Me Down," is a grower, but I do hope the rest of the album is a lot better, especially when Going to Hell is such a tough act to follow. Listen to "Take Me Down" below.

And if you're not that familiar with the band, I seriously recommend checking their video for "Going to Hell," which is totally my kind of aesthetic.

Damn, it's getting harder to keep up with all these new albums from my favorite artists coming out this year. There's Banks, The Naked and Famous, Crystal Castles, M.I.A. and now The Pretty Reckless. I've also been completely hooked on this up-and-comer called Dua Lipa, which some of you may have heard of by now. I'm considering writing about her sometime soon.