An Interview With Sondre Lerche 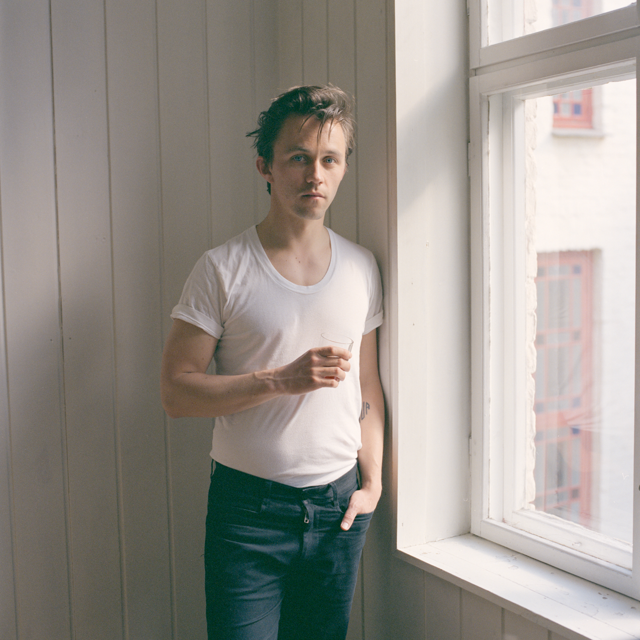 It's been since 2014 since I actually interviewed anyone for The Useless Critic (remember Taylor Swift? Yes I think about that often!) but, with his new album "Pleasure" en route for a 2017 release, Sondre Lerche seemed a prime candidate for getting back into the game.

So here, for the holidays and an upcoming new year, I offer you a few questions with Sondre Lerche on his new album, his previous work, and what it's like to be a Norwegian in America right now.

At the end of dis interview, I've curated several of my favorite songs of Sondre's. Enjoy!

UC: What inspired "I'm Always Watching Too?" Was it partially because our culture enables "stalking" at the moment? (like, social media obsessiveness.)
SL: I suppose so. The desire to feel close to someone without their knowledge has always been there, but social media, and our willingness to share our whereabouts, our activities and friends online, enable us to spy on each other. Which, most of the time is harmless and fun, but in the case of this song, pathetic and desperate. In my mind, the song tells the story of someone who has turned down something real, but still can't move on, and settles for watching the lover he rejected online. The predecessor, "I'm Always Watching You," has a twist that gives him some hope - the idea that she might be watching him too. And that's the theme that "I'm Always Watching You Too" indulges, in a dreamlike state.

UC: The sound for "Pleasure" seems like it's going to differ a bit from 2014's "Please." Am I wrong in that assumption? What inspired the change?
SL: It's hard for me to say. I've always felt it's a natural development from "Please" in terms of sound and themes. Because it all feels very natural too me. So there's plenty of songs that I feel could've fit on either record, sonically, but they ended up on "Pleasure" for thematic reasons. And now that I've fully indulged that phase, I am ready to share those songs.
UC: Of all your albums you've put out - and you've put out many! - which would you say is most memorable to you or your favorite?
SL: Well, "Please" was very special to me - both the process of writing and recording it, and sharing it with people. It warmed me that so many people loved it and accepted it. That album had a lot of energy to it. So for me it'll always represent a key moment.
UC: What can people expect from "Pleasure" that hasn't been present on your past record?
SL: It's a very bombastic, explosive record, all the way through. I wanted to avoid too much subtlety, and keep it sort of primal. Even when it's very confused, you can still dance to it. It's a way of coping, I suppose. It's fun and confused.
UC: Finally, I have to ask, what is it like to be a Norwegian in America right now?
SL: Oh man, I feel for you guys. The day after Election Day was like nothing else. I mean, I still have little moments when I realize that you guys actually elected Donald Trump for President. And I can't believe it went that far. So I can only imagine what it feels like to the majority that voted for the other candidate. Or to the minorities who suffer daily from the normalization of racism and homophobia and so forth that he has unleashed. Or those who didn't vote, but could've. Or those who already realize the were hurting so much they were tricked into thinking Trump cares about their lives. I left the country for work couple days after the Election, and it felt like a relief. And I realized there's a lot of scary political forces at work in Norway also, and they've been taking notes from Trump's rhetorical victory in the U.S., so there's work, and soul searching, to be done all over the world, to stop these characters from becoming so powerful.
UC: Thank you Sondre! I am almost a lifelong fan. (I didn't say actually lifelong because I haven't liked anything for all 29 years I've been alive so that would be misleading.)
SL: It is my pleasure, Britt.
Britt's Five Best Sondre Lerche Songs (Handcrafted and Artisanal)
"To Be Surprised"

"My Hands Are Shaking" (Live)