The CW renews Riverdale for season 2

March 08, 2017
Yesterday The CW announced an early renewal of the midseason drama Riverdale for the 2017–18 season, just six weeks into its first season. Yaaaasssss!!! 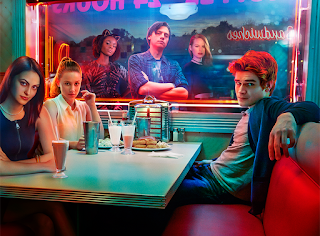 I couldn't be more excited about this, I've been hooked on the show since day one. Riverdale is certainly not your average teen drama—it's moody, sexy and packed with just the right amount of mystery and major twists. The storylines are so compelling and always keep you wanting more.

I must say I've been a bit obsessed with Cheryl. At first I low-key hated her and thought she was nothing more than a spoiled, manipulative bitch, but ever since episode three she has become my favorite character. She's just so complex, and I believe that her ice-queen persona is partially due to losing her twin brother Jason. Okay, I might be getting just a little overanalytical now.

And if you still need a reason to watch Riverdale, well...

Is it weird to be thirsting over a 19-year-old playing a 16/17-year-old? I'm not really into younger guys, but I'd totally hit that, to be honest. And Shawn Mendes as well. I'm not sure how this last paragraph is relevant to this post as a whole, but whatevs.