After a decade since embarking on her solo adventure, Emily Haines (lead singer of Metric, if you didn't know) is back with her long-awaited follow-up album, "Choir of the Mind." Dig the cover art: 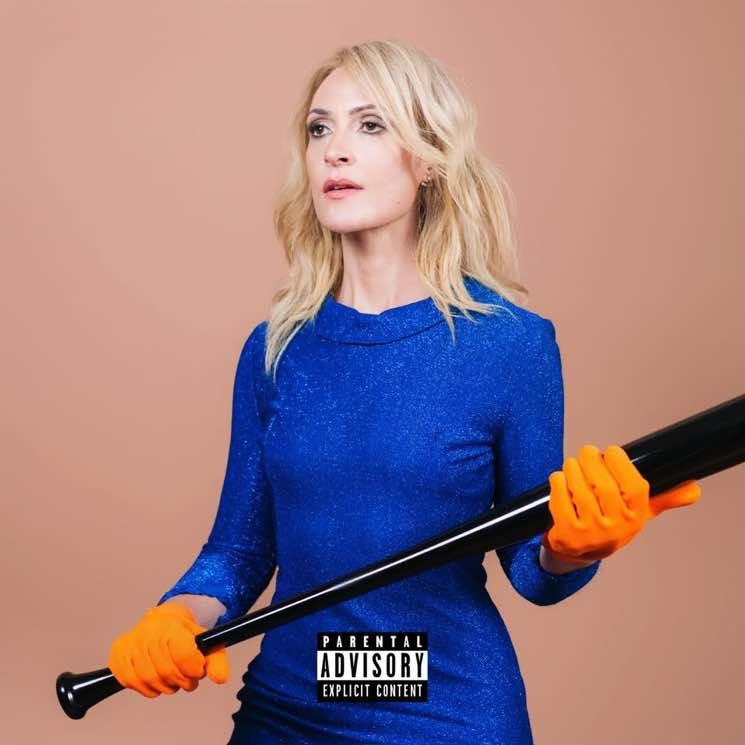 Let me pick up where Blogger ate my post yesterday. Sorry about that - been doing this for almost a decade and that has yet to happen. First for everything, I suppose.

Emily Haines has been silent (minus her work with Metric and a surprising reunion with Broken Social Scene) since 2007. I really didn't think we'd hear from her as the Soft Skeleton again, but here we are.

"Knives Don't Have Your Back" was an outstanding work - a body of music dedicated to the passing of her late father. The depth of lyricism on that album - and melancholic melodies - was fantastic. With "Choir of the Mind," we see her take a similar turn.

"Statuette" is an immediate standout (and the next big single).

It really isn't as dark as some of her other content - she has a penchant for making very dark music o her own. But even though the lyrics are pretty to-the-point, this song is elevated by an almost bossanova-type feel. Which I didn't see coming from Emily, and I'm glad she's trying to do some different things.

Speaking of "Choir of the Mind" as a work in its entirety, the title track is pretty impressive. She even does a Rihanna impression on it ("Work work work ...") I had to laugh, despite the track itself was a strong tribute (IMO) to "Coast to Coast" by Elliott Smith. Fun fact: Emily Haines is a huge fan of Smith, and there are at least a few other references to him that pop up throughout the album.

I would highly suggested adding "Choir of the Mind" to your fall 2017 playlist. Between this and new music from The National, Tori Amos, St. Vincent, and even Taylor Swift - we certainly have an amazing fall music season on our hands. What did we do to deserve this?