An Interview With Sansa, Finnish Singer 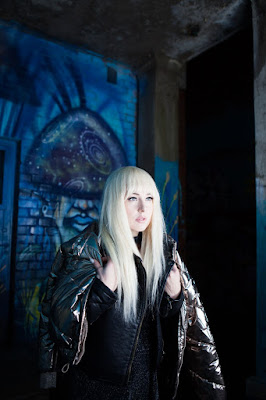 I had the chance to conduct a brief email interview with the popular Finnish singer, Sansa, recently. She was a gem, and it was an honor to talk to her. I implore you to listen to her if her name has never run by your ears before, esp. if you consider yourself a fan of chill Europop as I do.

After a hiatus from making music, Sansa has been on a roll lately! She just released the single, "Half the World."

Here, I talk to Sansa about making music, Finland, and dream collaborators. Read below and check her out! Also, you have a friend if you ever find yourself in Tampere.

Britt: I see you just released a new song, "Half the World." What's inspiring you to create art lately? Also, I saw on your Facebook that you said this song "meant the world" to you. What makes it so special?

Sansa: When I wrote "Half The World," I was living in London and I missed a person who I didn’t wanna let go at the time. You know how those situations can be hard sometimes, it’s painful to move on and give up on someone you love. Even though the song is melancholic, it gave me ubiquitous strength.

Sometimes I get inspired by listening to some great music or just walking around in woods. I live next to Pyynikki, which is a district and a nature reserve here in Tampere, Finland.  It has given me tons of inspiration.

Britt: What are your plans for releasing new music - I take it you have an album on its way, correct? Can you describe it somewhat?

Sansa: Yes, you are right! My new album will come out in Fall 2018. I’m excited to finally release new music, it’s been long in the making. The upcoming album is rhythmic, clubby and very melody-driven. I was lucky to found a super talented London-based producer, Mikko Gordon, who created airy and warm sound to the album. The songs cover everything from infatuation and heartbreak and depression and sexuality.

Britt: You took a few years off from making music - what prompted that?

Sansa: Actually, I was writing music though I didn’t release my own solo stuff. One reason was that I was too critical of my own work, which was a bit sad. Second reason was that I lost the joy of making music; it just didn’t feel fun anymore. I decided to take some time off and became a personal trainer. It kind of grounded me and gave perspective to everything. Luckily, I found the joy of singing and making music again.

Britt: What are your plans for the remainder of 2018?

Sansa: I’m planning to play live shows in the fall when the record comes out. I have some collaborations that I’m working on at the moment and hopefully they will be released later this year.

Sansa: It would be a dream come true to collaborate with James Blake and Brian Eno.

Sansa: If you ever come to Finland, please visit Tampere and I’ll show you around!

Britt Being Extra: I'm going to Helsinki in the fall! What's your favorite spot in Helsinki?

Sansa: First of all, welcome to Finland! I hope you’ll enjoy your trip. You should most definitely visit the Fortress of Finland *Suomenlinna, it’s a little island in front of Helsinki. Also, the Kallio district is cool and cosy! They have nice restaurants, bars, and clubs.

Britt: Thanks a ton!

Sansa: Thank you so much! It was such a pleasure.