April 07, 2018
I have been on this major Britpop kick lately. And I don't mean Blur or Oasis or Pulp, I mean the early oughts Britpop I grew up with. Like, the next wave that probably wasn't quite as good (I'm very biased here, so trying to be objective.)

One beloved musician of my youth who I've *truly* begun listening to for the first time in almost two decades is the late, lovely, seriously underrated Matthew Jay. 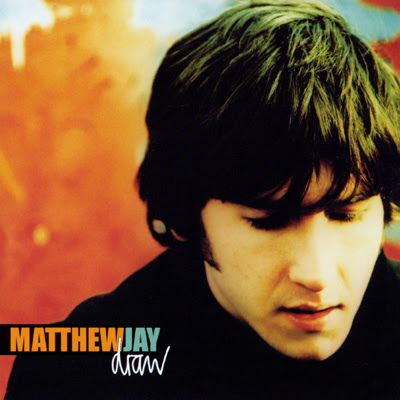 Matthew's one-and-only album came out in 2001, the classic "Draw." This album held the promise of great things, but great things were cut tragically short when Jay fell out of a window to his death in fall of 2003 (actually around the same time Elliott Smith died). Before then, Jay had enjoyed some very (very) slow critical momentum, propelled by the likes of touring with Dido and Stereophonics.

I was introduced to Jay my freshman year of high school via Launch Yahoo Music, the service I used for internet radio from 2001 to 2006 (I finally got broadband internet at Edinboro University of PA and IT CHANGED MY LIFE). Jay was one of those much buzzed-about artists who they incessantly promoted. (Funnily enough, Starsailor was another. Do you guys ever stop and think about where Starsailor went wrong? Sometimes I do, I think Coldplay pulled a Brittany Murphy/Alicia Silverstone on them). // I actually might be fudging dates here due to mah old age, but I'm pretty sure I started listening to Jay the same time I entered high school.

Since his death, there have been various posthumous releases by his estate as well as tributes in all shapes and forms. Think of Jeff Buckley's legacy via "Sketches For My Sweetheart the Drunk." You work with the remaining music of the deceased and do your best to honor their memory and finish it they way they would have liked. Albeit not perfect, "Further Than Tomorrow" (released 10 years ago) gives us some insight into what could have been.

But let's go back to "Draw." Revisiting it recently on a walk home was a great decision on my part, unknown at the time. I pulled "Only Meant to Say" up on my iPhone and was suddenly flooded with the bittersweet emotion that song roused in me nearly 20 years ago. I don't think I've ever heard a song as regretful as "Only Meant to Say." It's not overwhelming, it doesn't harp about its sorrows. It's just raw and vulnerable.


Meanwhile, "Let Your Shoulder Fall" and "Call My Name Out" have a lighter feeling, an irresistible almost Travis-like touch to them. You can almost feel Jay's smile during the songs.

"Please Don't Send Me Away" is heartbreaking; "You're Always Going Too Soon" sounds like Jay writing to himself, in retrospect. And "Four Minute Rebellion" could have been a whole lot longer.

Overall, "Draw" is a quiet, hidden masterpiece ... perfect for a sunny weekend afternoon, perfect for encapsulating the highs and lows of someone's early 20s or late teens. I would hope that if Jay had lived longer (and was still here today) we would have much more of a discography as well as a much broader reach - this kid was bound for success.Unfortunately, we don't have that much to work with, but what we would do have ... is lovely and worth listening to.